Meeting Robin Williams is not a case of meeting one man. You meet a dozen of them. You meet women and children and old Jewish aunties.

You meet all the wonderful, mad inventions of Williams' mind. An asylum's worth of delightful characters who rattle off such charming nonsense as: "I like to put some salad in my underwear."

I don't remember how we got onto such matters -- you could probably ask him about stock prices or the weather and end up in the same place. The fact is you don't interview Williams so much as get a private audience with him. An exclusive seat to the Robin Williams' show.

Walking into our interview, I was struck by how quiet he was. Almost shy in the way he avoided eye contact.

At first, he tried to give some proper answers -- to talk about the film (Happy Feet 2) that he had been wheeled out to Australia to promote. Within minutes, his attention had wandered.

It began with a pulled face and a sly aside. Then a voice and more of those elastic facial expressions. 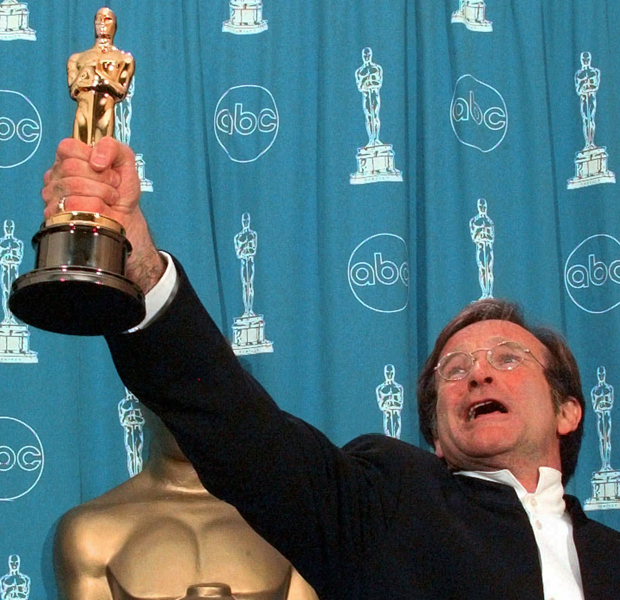 The director, George Miller, sat back and smiled. He knew. Three minutes into our 10-minute slot, the interview was over and the show began.

It was delightful and entertaining and everything you imagine Robin Williams to be. A first-hand taste of the magic behind Mrs Doubtfire, Hook, Aladdin and all of the many other Williams' films that decorated my, and countless other, childhoods.

Robin Williams: doing it for the money

Amidst the nonsense, I managed to ask about his new wife, Susan Schneider. The couple had married two months previously. It was his third marriage.

"I fell in love with a tall woman and I am so blessed to have her."

In print, it probably looks quite touching and sincere. In person, it was said in a silly Hispanic accent and followed up by a down-the-barrel declaration of love in Spanish, which then descended into another comedic diatribe about how hot his wife was.

"Romantic? And also inappropriate for children." The more I laughed, the more he joked. The more characters that joined the show. Robin Williams performing at a Stand Up For Heroes benefit concert. Photo / AP As a journalist, it was hopeless. As someone who grew up watching his films, it was glorious.

Ten minutes can never be enough to know someone. Not even close. But I suspect you could have spent days, even weeks and months with Williams and never have got any closer.

He couldn't help but perform, divert and distract.

Rest in peace Mr Williams, you were a delight.

Fans got the opportunity to watch Scott Dixon's most improbable triumph of the year.
OPINION

There was a specific strategy being built around Kanye — and he's now blown it.