A Wellington transgender woman says she has been discriminated against by a gym that describes itself as being "for all women". 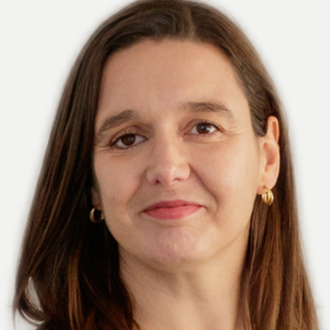 A Wellington transgender woman says she has been discriminated against by a gym that describes itself as being "for all women".

Penelopy Mansell has spent years transitioning to becoming a woman under New Zealand law, having been through court procedures to legally change her gender to female on her birth certificate and all other legal documents.

She says she went into Revive Gym on Willis St, Wellington, to enquire about membership prices and potentially join. However, she says she was turned down by the first staff member she spoke to.

The incident happened on Monday when Mansell, 49, decided to visit the gym to look into membership options.

"I talked to a lady there who launched straight into questions. She said 'I'm sorry, I'm gonna have to ask you if you are transgender'," Mansell recalled.

"I thought that was inappropriate. She said it was the company's policy that transgender people are medically authenticated."

Mansell explains that the gym wanted to see a medical document certifying that she'd had sex reassignment surgery, which she hasn't had because, she says, the waiting list is decades long.

Mansell says she showed the gym staff member her birth certificate proving she is legally a woman. Mansell carries the document everywhere as she is often asked to prove her gender.

The woman, born and bred in Wellington, says she was looking to join a women only gym because she wanted to feel "safer".

"I don't want to have to use the men's facilities in a regular gym," she said.

'I have a small penis, I'm proud of it': Man writes micropenis manual

Mansell, who spent the last couple of years legally transitioning to female, was left distressed by the situation.

Revive gym has told the Herald it will look into its policy, following the incident.

"We would firstly like to apologise for any harm our current policy has caused. The policy has been in place for a long time, but we acknowledge that this is no defence, and however unintentional it may have been we accept that it may be hurtful to those who are excluded by it," Cherie Cooper, area manager for Revive Fitness said.

"We know that this is a sensitive matter, and to that end as a business we are urgently reaching out to organisations within the Wellington GLBTI community for guidance and advice to review our policy and ensure that our gyms are a safe and comfortable environment, and an inclusive and understanding community for all women."

Mansell says she is disappointed that, despite being flooded with support from other members of the community, the gym did not try to get in touch with her at all and she has not received a personal apology or explanation.

"The Human Rights Act provides for complaints alleging discrimination on the grounds of sex to be considered for mediation," a spokeswoman said.

"If someone thinks they have been discriminated against, they can make a complaint to the Human Rights Commission."

'Should not be approached': Wellington police seek wanted man

Evacuations in Wellington after slips