Thirteen people have escaped without injury after a skydiving plane crashed into Lake Taupo today.

Police received reports of the crash about 12.15pm.

All those on board are now on shore and being checked out by ambulance staff, but police believed there were no injuries.

Did you see the plane crash? Email us your photos or video here

A St John ambulance spokesman said one person received some scratches from a blackberry bush, but all were assessed and allowed to leave the scene themselves.

Skydive Taupo has confirmed the plane that crashed was operated by the company.

Skydive Taupo chief executive Roy Clements said in a statement that one of its skydiving planes "encountered an engine problem shortly after take-off".

"All parachutes including the pilot exited the plane and landed safely."

Six crew and six passengers were on board, and evacuated the aircraft in tandem.

The pilot also exited the plane by parachute.

Neighbours in shock over baby's injuries

Fumes force flight to NZ to turn back

The Civil Aviation Authority (CAA) has been notified and police will assist as required with any air investigation.

Watch: Promo for Skydive Taupo posted on YouTube on Jan 2013

A witness to the crash, who watched from only a few hundred metres away, said about six skydivers bailed out during the midday accident.

"Their parachutes opened. Then [the pilot] nosedived into the lake. I don't know if he got out."

The witness, who didn't want to be named, said the skydiving plane "conked out" off Waitahanui, a small village on the southern side of the lake, before going into Rotongaio Bay.

"It was just 'putt' and stop. Then it cruised for about 100 metres. Then half a dozen parachutists jumped out."

The witness said the accident happened in full view of dozens of holiday makers, who raced to the shoreline to watch. Those who had boats got them into the lake and set out to help the pilot and escaped parachutists. 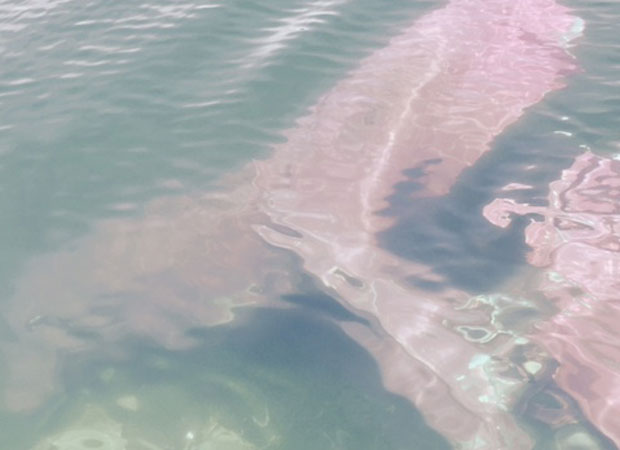 Taupo Mayor David Trewavas said the pilot of the skydiving plane lost power about 1300 metres off the ground and realised those aboard needed to bail out.

He said at the point the plane left the ground it was carrying about a dozen passengers and the pilot.

"All the precautions were taken and they evacuated the plane safely. The plane then crashed into the lake at a place called Loafer's Paradise," he said, referring to the southern end of Rotongaio Bay near Waitahanui.

Mr Trewavas said Taupo hosted the highest number of parachute jumps in the southern hemisphere and was a "very large tourism activity" in the area carried out by "very experienced operators".

Mr Trewavas said he met with management of Skydive Taupo this afternoon.

"They were about to have debrief, everyone was coming back to the base...and obviously comforting all the participants.

"Everyone is OK, that's the main thing. A bit shaken. We are just offering the operator support, I think there was a mix of international and domestic participants, so what we are saying is that anything we can do to help, we will."

The pilot of the plane landed in a blackberry bush, Mr Trewavas said.

He and others onboard should be praised for the way they handled the situation.

"There is nothing much you can do about an engine malfunction. Things kicked into gear and everyone was evacuated safely.

"And it just shows the experience of the operators and how well-equipped they were."

CAA spokesman Mike Richards said it was miraculous no one was killed.

Mr Richards said more details would be released later as it was still "really, really early days" but a safety investigation team was already reviewing the incident. A rescue helicopter at the scene. Photo / Rotorua Daily Post

Michael Kelly, 49, was out on the lake fishing when he heard a noise and saw the plane hit the water nearby and about 200 metres from the shore.

"The plane just sort of lost altitude...there was just a big splash."

When Mr Kelly, a grocer from Wellington who is holidaying at Rainbow Point, Taupo, got to the crash site, about a kilometre away, there were already two other boats there that had collected some of the parachutists.

A police boat arrived about ten minutes later, followed by other emergency services and a helicopter.

For about an hour Mr Kelly helped collect debris that was floating in the area, along with an oil slick.

Mr Kelly said the crash had been a shock but he was just happy nobody appeared to be seriously hurt or killed: "I don't want to go parachuting, that's for sure".

Nearby resident Jan Neville said although she did not witness the crash, she saw the tail of the aircraft jutting out of the water and recreational boaties responding to the rescue effort.

"I arrived there after it had all [happened]. All I saw was the boats around a tiny piece of the plane out of the water and then all the emergency vehicles coming.

"You could see something light just sticking out of the water, but that was about all that I could see."

The Transport Accident Investigation Commission (TAIC) has opened an inquiry into the incident, saying the pilot, six tandem masters and their passengers evacuated after a reported engine problem.

"Three investigators are travelling to Taupo to commence inquiries that will focus at first on securing evidence including the wreckage, aircraft and flight information, and gathering initial accounts from those involved as well as witnesses," the TAIC said.

"A fourth investigator is working from Wellington. Police divers will assist the commission's investigators with underwater inspection and photography of the wreckage before it is lifted from the lake bed by commercial salvage experts."

The inquiry would focus on identifying what occurred and why, the TAIC said, as well as any lessons or recommendations which could be taken from the crash to prevent similar incidents in the future.

A full inquiry could take up to 18 months, it said.

Thirteen people have been killed by others since Covid-19 level 4 lockdown ended.
NEW ZEALAND

One person dead in Waiouru crash

One person has died after a truck and car collided near Waiouru.
NEW ZEALAND

Ministry pledges more cash to pay for it, but projects now waiting for re-approval.