Whether you’re looking to buy or rent, OneRoof.co.nz has everything you need to find your dream home.
© Copyright 2020
NZME. Publishing Limited
test test test
'A most unfortunate and tragic accident'
28 Nov, 2014 7:21pm 3 minutes to read

The man accused of killing his estranged wife Heidi Welman-Scott had previously booked a plane ticket home to South Africa and according to his best mate had "nothing left".

Fresh details have emerged about Brent Donovan Scott, 49, charged with murdering the 41-year-old, and attempting to kill his stepdaughter Taryn Leigh Welman and her boyfriend Matija Miletic, both 22.

It is alleged Scott stabbed Ms Welman-Scott to death after neighbours heard fighting at the family home at 8.50am on Thursday.

An hour earlier, Scott began repeatedly texting his best mate of more than 10 years, who spoke on the condition of anonymity. "He was asking what I was up to," the man said.

READ MORE: 'They were just holding their stomachs'

Police apprehended Scott at the airport as he tried to get on a flight to South Africa, where he is from.

"He had nothing left. He had an air ticket and that was it," the mate said.

"He wanted to move on with his life and go back to South Africa."

It is understood another friend drove Scott to the airport. Police also arrested him but he was released early yesterday morning.

Scott's friend told the Weekend Herald he was also questioned by police but released without charge.

One dead after serious incident in Albany

'They were just holding their stomachs' 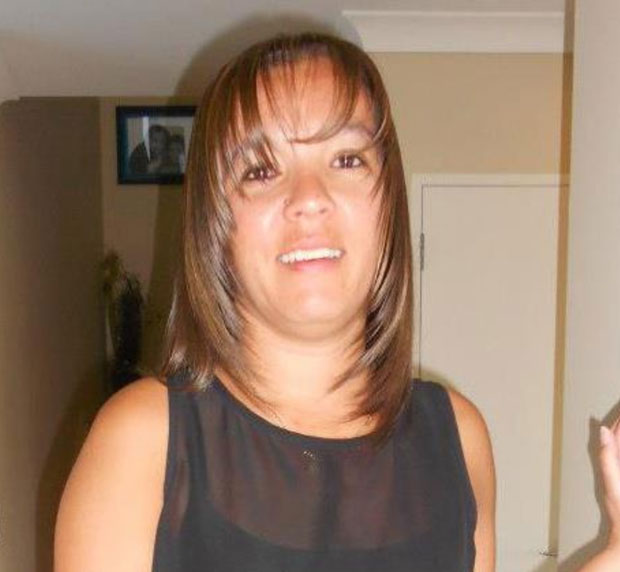 The man said Scott began to have mood swings about a year ago when his relationship with Ms Welman-Scott fell apart.

"He's not the guy everyone's making him out to be," he said.

He said Scott had been "up and down" over recent months.

Court documents listed the accused as living at a Glenfield address but the man said he had spent the last few nights at his house.

"We were picking him up, giving him things to do, keeping him busy and this is what's happened," he said.

The grisly details of the accusations had clearly shaken Scott's friend, who struggled to reconcile them against his perception of the bloke he had known for a decade.

Yesterday Miss Welman and Mr Miletic remained in Auckland Hospital and were both listed as being in a stable condition after undergoing emergency surgery for stab wounds to their torsos.

Ms Welman-Scott's 14-year-old son is understood to be in the care of family who have been at the hospital with his sister.

The family were too devastated to speak about what had happened.

A friend of the family had set up a fundraising page to help the children.

"I would love if these guys had some help from us all to get through this without having to worry about any costs for the near future," the friend wrote on the Givealittle page, which had raised more than $1500 last night.

"I would like to raise a sum of money to help them get by as they face the world without their parents. These guys have been through so much and I would like to get as much help for them as we can."

Ms Welman-Scott was a nurse at Southern Cross Hospital North Harbour. Her colleagues were also devastated by her death.

"We are incredibly sad to have lost a treasured member of our team so tragically," said hospital manager Jeanette Kini. "Heidi was a much-loved, long standing member of our team and on behalf of Southern Cross Hospital I offer my heartfelt sympathy to family and friends."

If you want to help visit givealittle.co.nz/cause/Helptaryn

Person who tested positive for Covid-19 visited Rotorua and Taupō

'No magic way around the odds': Statistician's $12 bid for Lotto loot

You have a one in 38 million chance of winning says Dunedin statistician.
NEW ZEALAND

Crime spree included theft of $20,000 worth of sunglasses

A burglar who stole more than $20,000 worth of sunglasses, has been locked up.