Whether you’re looking to buy or rent, OneRoof.co.nz has everything you need to find your dream home.
© Copyright 2020
NZME. Publishing Limited
test test test
Out on the campaign trail
16 Sep, 2014 4:00am Quick Read

The race for the crucial Te Tai Tokerau electorate took a dramatic turn last night when a Maori Television poll revealed the two leading candidates are neck and neck just days out from the election.

Internet-Mana will face political oblivion unless it reaches the 5 per cent threshold or Hone Harawira keeps his seat. 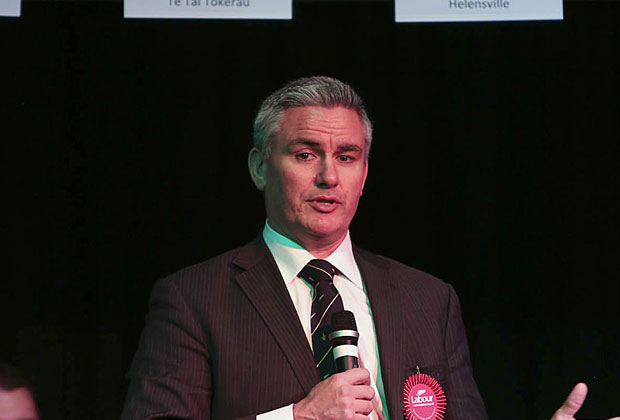 This was only just ahead of Labour list MP Kelvin Davis, who was on 37 per cent.

The Maori Party's Te Hira Paenga was a distant third on 9.4 per cent.

A further 9.2 per cent of respondents said they did not know who they would vote for, and 5 per cent wouldn't vote.

General polling suggests Internet-Mana has enough party vote support to return three or four MPs but because it is polling below the 5 per cent threshold, it is relying on Mr Harawira to keep Te Tai Tokerau.

Reacting to the poll, Mr Harawira told a Native Affairs candidates' debate a poll three years ago also had the leading contenders neck and neck. "So when I see you have got it down as 38 to me and 37 to Kelvin I'm looking forward to it being 45 to 35 on the night.

Mr Davis told the debate that if people wanted better educational and economic outcomes, they should vote Labour. "The issues facing Te Tai Tokerau are numerous and they're severe. The Labour Party has a range of policies that will put money in people's pockets, will help them get jobs, is going to help them get warm homes and being safe, strong and secure whanau.

Are you impressed with Internet-Mana?

Two weeks ago, another of Mana's top candidates, Annette Sykes, polled well behind Maori Party co-leader Te Ururoa Flavell in the Waiariki electorate in a similar survey that screened after a Native Affairs debate.

"We had more people, more Maori, come to these hui than any political party has been able to get to a political hui in 30 years."

The poll results also showed 39 per cent of respondents supported seeing a Labour government in Parliament ahead of the 25 per cent who wanted the Internet-Mana Party there.

Wairiki MP Te Ururoa Flavell is no political novice but he is facing his first election as Maori Party co-leader. He discusses the party's record, its goals and its rivals in this Herald Hot Seat interview with NewstalkZB host Rachel Smalley, Herald columnists Fran O'Sullivan and Toby Manhire and political editor Audrey Young.

And asked what should happen if the Maori Party held the balance of power, 66 per cent supported them going into partnership with a Labour-led government.

Of those polled, 97 per cent said education was the biggest issue, ahead of the cost of living, family violence, child poverty and Maori unemployment.

Labour has launched its "rallying call" in the lead-up to September's General Election.
NEW ZEALAND