A view from the Auckland Harbour Bridge across the Westhaven marina to Auckland City. Photo / Chris Gorman

Among the many fine things about a summer in Auckland City is the opportunity to discover new perspectives and new corners of the place while the town is quiet. A growing network of walkways and cycle paths is opening up Auckland to leisurely inspection and the latest addition is about to make a real jewel, Westhaven Marina, more accessible for all. The Westhaven Promenade is a graceful boardwalk nearing completion along the shoreline from the harbour bridge to Wynyard Quarter. It is broad, inviting and offers stunning views over the marina's waters.

The promenade is part of a 20km series of pathways from Herne Bay to the end of Tamaki Drive in the east. There are mid-term plans to develop connections through the old tank farm blocks of Wynyard Quarter and it also will connect with the mooted SkyPath cycleway from the city side of the harbour bridge to the North Shore.

As Auckland prepares to celebrate its 175th birthday this Anniversary Weekend, the imminent opening of the promenade reinforces the gains the city has made incorporating people, and not just vehicles and physical infrastructure, to its latest developments.

The blogger Russell Brown has set out on his Public Address site some of the cycleway innovations at the new Waterview interchange at Pt Chevalier and beyond, beside the Northwestern Motorway to Lincoln Rd.

At Orakei, the improvements to Orakei Rd between Shore Rd and the train station have also seen a wooden boardwalk for pedestrians, runners and cyclists beside the road above the shore, and a smart boardwalk across mangroves towards schools and homes in Remuera. The nearby Orakei Basin benefited first, from a boardwalk which linked Meadowbank to Orakei and the route to the city, eliminating a circuitous suburban trek for many and offering beautiful and peaceful experiences across that extinct volcanic crater.

The Transport Agency's cycleway down through Grafton Gully to Stanley St and the port and waterfront is another fine example of accommodating those on foot and pedals.

If the aim is to make Auckland a more liveable city, this is one of the best demonstrations of how to do it: wherever possible connect communities and suburbs, promote healthy exploration and make it easy for people to leave their cars behind.

Waterfront Auckland's achievements at Westhaven and North Wharf will make it more obvious to all that some substantial improvements to pedestrian and cycling facilities will be needed along Quay St to Tamaki Drive. A two-way cycleway between the Viaduct and Ferry Building is being discussed.

There will be inevitable grumbling from motorists, but in many instances the needs of all can be accommodated by careful redistribution of space taken by traffic islands and median strips.

This weekend much focus will be on the water, with the Anniversary regatta, but Auckland is not just a city of sails, it is a city of shores, given its isthmus setting between two harbours. The public programme of making it easier to cross that isthmus and to reach more points on the coast has been a welcome plus.

Auckland's tops - but how to go further? 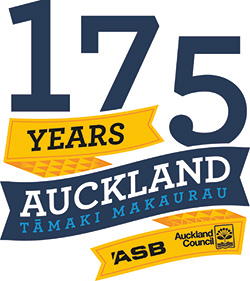 Phone stutter in call-taker job leads to sacking, then $22k compo for humiliation

Richard Prebble: Why the election is Luxon's to lose