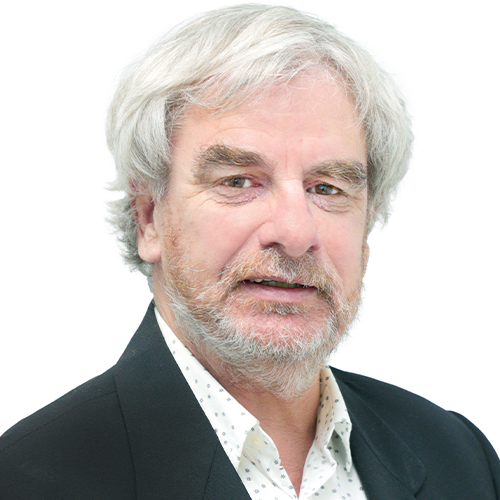 A motel cleaner knew there was only one thing she had to do when she opened the door to a top-floor blaze in a unit overlooking Napier's Marine Parade yesterday.

Downstairs at the time the alarm activated just after 11.30am, she saw the smoke from the unit above.

"I was on the second floor," said the Shoreline Motel cleaner.

"I ran up the stairs to see if anyone was in there."

Unlocking the door, and aware the room had already been cleaned, she realised no one would be inside, although the thick smoke stopped her going any further, as the fire appeared to spread rapidly from the Marine Parade balcony end towards the guest entrance and kitchen facing Hastings St.

She said her first thoughts were to make sure everyone was out of the building.

In keeping with the Monday morning turnaround, only one of the 38 units in the three-level complex had guests, but they were not on site at the time. The only others in the building were thought to have been the cleaning staff.

The woman, who has had about 12 years working at motels and motor lodges in the area, said she knew the blazing unit was unoccupied and her first thought was to evacuate the trainee she'd left downstairs and for other cleaning staff to get out.

The fire, reported to Fire and Emergency New Zealand via a monitored alarm and several 111 calls, billowed flames from the Marine Parade balcony and the Hastings St entrance to the unit towards the southern end of the complex, almost adjacent to the Nautilus Hotel, on the corner of the parade and Sale St.

Five firefighting units from Napier and Hastings rushed to the scene. Fire and Emergency NZ incident commander senior station officer Brian Dunphy said the smoke could be seen by crews as they left the station in Taradale Rd. The smoke could also be seen from at least as far away as Bay View.

4yo saves his mum from Manurewa house fire

Passer-by Tania Gray, of Napier, said she saw the smoke as she was driving towards the scene on Hastings St. A fire crew was just arriving, and flames were emerging from the unit with thick black smoke billowing into the air.

On Marine Parade a passer-by was stunned as he asked what happened. "I just walked past about 15 minutes ago," he said. "There was nothing then."

Dunphy said the design and construction of such buildings was such that the fire was confined to the unit, with some smoke and water damage to adjacent units.

"They're concrete block wall type of construction, the units are quite well protected," he said.

An extendible ladder unit parked on Marine Parade was used by firefighters to examine the ceiling to ensure there were no further risks after the quick extinguishing of the blaze.

No injuries or health issues were reported and no ambulances were required at the scene, where fire crews remained for more than two hours, with Marine Parade and Hastings St closed to traffic in the block between Sale and Edwardes streets for parts of the emergency.

Dunphy said last night the cause was still being investigated. While it started soon after the unit had been cleaned and the cause was not confirmed, it was thought to have been "accidental" and "not suspicious".

Both the Shoreline Motel and northern neighbour the Beachfront Motel have the same owner, based in Auckland.

They are among four adjacent three-floor motels in the block, which were yesterday morning almost all near-empty after the departure of weekend guests.

Duty management at the Shoreline and Beachfront confirmed no guests had been in the motel at the time. While the all-but gutted unit remained occupiable, staff said that in the interests of guest comfort, accommodation would be provided at the 46-unit Beachfront Motel pending clearing the unit and refurbishment, expected to be "all-go" within a few days.

The Shoreline occupies a site with a hospitality and accommodation history dating back more than 140 years. It was for more than a century occupied by the Victoria Hotel, the last version of which, including a Marine Parade bottle store, was demolished after being sold in 1996, having been in the Diack family since 1957.

Armed police at scene of death on Auckland's North Shore

Death on the mountain: 'Different decisions and she may have survived'

NZ's low literacy rate is bad news for the economy

Matt Heath: Life is short and the universe doesn't care, so make the most of it