Whether you’re looking to buy or rent, OneRoof.co.nz has everything you need to find your dream home.
© Copyright 2020
NZME. Publishing Limited
test test test
A year of eating celebrity diets
23 Jan, 2015 12:45pm 4 minutes to read

The Sculpture on the Gulf art walk has returned to Waiheke Island for its seventh season.

This year, as well as bronze, steel, wood and the other staple materials of sculpture, the Headland exhibition includes an installation that can only be experienced on a smart-phone, tablet or the like. The free, two-yearly event, which began in 2003, will be open to the public until February 15. It features 31 sculptures on the main exhibition walkway and others at the Headland Pavilion.

The 2km track at the western end of Waiheke takes walkers from Nick Johnstone Drive, past Te Miro Bay and Te Whetumatarau Pt, and ends at the pavilion in Matiatia Bay, where the ferries berth. 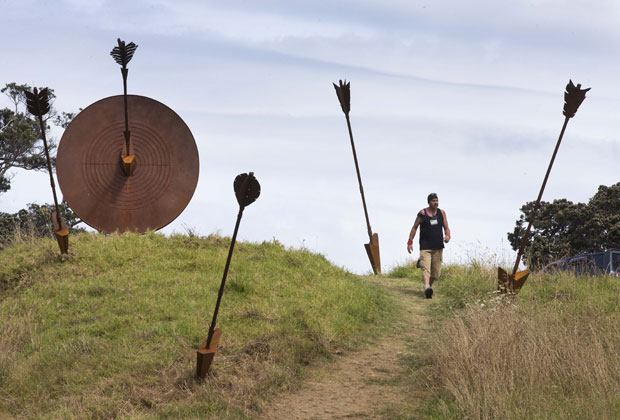 "Target" by artist James Wright (pictured) which is part of the Headland Sculpture on the Gulf. Photo / Brett Phibbs

Artist Nigel Jamieson, a lecturer in digital design at the Auckland University of Technology, is showing Wind Song, which can be viewed - and heard - only via a smart mobile device and app. Is it a sculpture? "I would call it that," Jamieson said.

Having downloaded the app, the viewer sees the sculpture - 3D objects - interacting with the landscape as it appears through the camera lens and screen of their mobile device. The objects appear to be located at particular places because they are anchored by computerised map co-ordinates that are recognised as the device is moved. 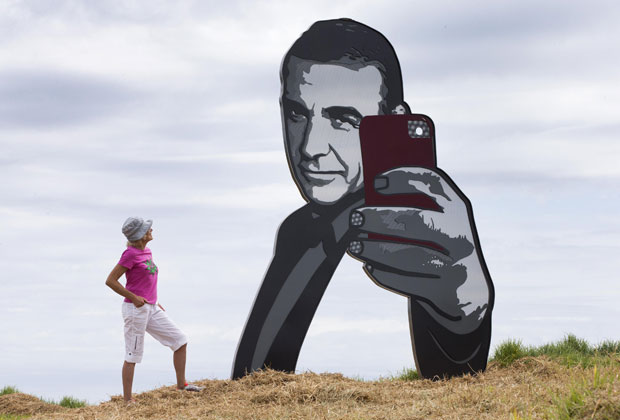 "My Pic Is My Bond" by artist Anah Dunsheath. Photo / Brett Phibbs

"The 3D is a loose interpretation of the terrain of the western end of Waiheke Island," said Jamieson, who worked with the company Imersia to make the sculpture. "The 3D model is about 4.6km in the north-south direction.

"It's pretty new. I've done it before. Augmented reality is picking up a lot of steam internationally as the new medium being used for any number of things. It's not an art technology specifically. It can be used for architecture things, it can be used for car maintenance, across the board." 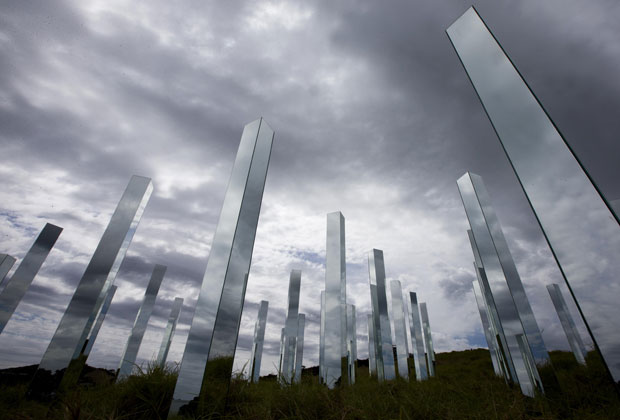 Jamieson said the sculpture walk was known for attracting a wide audience.

Artists keyed up to play at new music fest

"Because it's Waiheke, it's a destination and it's very beautiful. People come because they know they are going to have a good time whether they are appalled by modern art or not."

The organisers advise that moderate fitness and comfortable shoes are required for the walk. 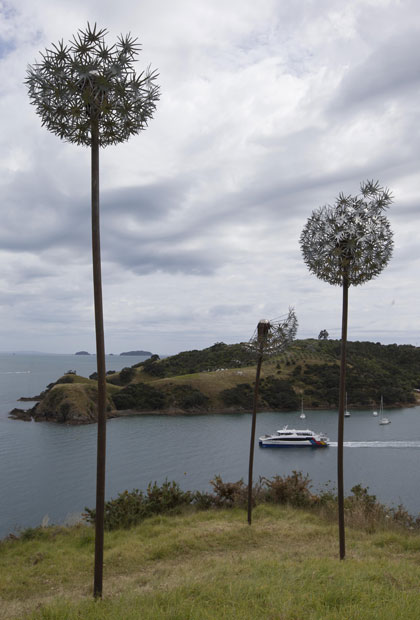 All the action as Canterbury and Taranaki contest the Ranfurly Shield.
BUSINESS

Investors are banking on better times returning. But the big question is when.
ENTERTAINMENT