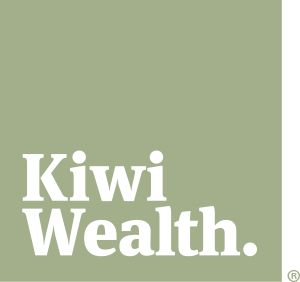 This is the latest in a series of columns by Joe Bishop* bringing a different perspective on KiwiSaver.

There's been an awful lot of noise about KiwiSaver fees in recent months – a lot delivered by noisy providers at the lower end of the market who managed to hint at some sort of overcharging.

Bunkum. The providers who shout the loudest about fees are generally the low cost, low attention, index-based operations where their investments merely track what the markets are doing – so there is very little in the way of running costs.

What these guys are leveraging is that many New Zealanders do not understand what they are paying in fees or what those fees are based on.

So the controversy over fees and that lack of understanding led the Financial Markets Authority to force KiwiSaver providers to outline their fees in dollar terms at least once a year.

We at Kiwi Wealth welcomed that – especially as we have been making our fees transparent every month since we launched, long ahead of this dictum by the FMA. We do that in dollar terms, not percentages which can be less transparent – but in money terms which absolutely showcase the reality.

Here's another reality: In April, Kiwi Wealth cut its minimum fees by 20 per cent and its conservative fund fees by 17 per cent in an action which led the market and which caused a few other major providers to cut their fees too.

Kiwi Wealth could do that because we now have $6 billion in funds under management ($4 billion of that in KiwiSaver). That scale means we can return some efficiencies and benefits to members.

But even in a returning environment, there is a lot going on that people need to be aware of and understand.

One of the major providers followed us and cut their fees – significantly. But they also changed what they are offering. Previously, for the higher fees, the funds were "active", where managers actively tended those investments. Now they are providing a passive fund, where the investments are linked to the index and require less handling, never mind expertise and intuition.

Like anything, it's a matter of what you get for what you pay for. It's not automatically a matter of those with the best returns having the highest fees – it doesn't work like that.

That's why we are so big on transparency and people understanding their fees
I probably sound like I'm a bit down on the index-linked passive schemes which involve less handling. I'm not.

There are people out there perfectly happy with that and who don't want any additional support . But there are also people like Kiwi Wealth members who want a relationship with their provider; who expect us to be working day in and day out to improve their investment – who are there at the end of the phone when they need support or face-to-face when they want financial advice.

A passive fund doesn't require judgement, intuition and experience. It's a bit like going into a supermarket and buying one of everything. It seems efficient – you're not going to miss out on anything.

But anyone who does the grocery shopping knows that, aside from the expense this approach incurs, you are removing judgement and the whole question of what is right for you.

Another example: The Guardian newspaper recently ran a big article on a gold mine in Tanzania where violence, murder and rape have been alleged. One of the passive funds here in New Zealand has the owner of that gold mine listed as one of their investments.

They are unable to do anything about the ethical dilemma there. Certain low cost providers do not have the flexibility to take things like responsible or ethical investing into account.

So, going back to fees, it is a matter of understanding what you are paying for. We at Kiwi Wealth have made the commitment to transparency and have also committed to reviewing our fees every year.

I can't speak for the rest of the industry; it does look like fees may be trending down but, as I hope we have shown you here, it is a matter of transparency and really understanding what your fees are bringing you.

Sport as boost to academic results

When $1 million isn't quite enough

40 years of girls at King's College