The Harmony Cup season brings players together for just a couple of months a year. 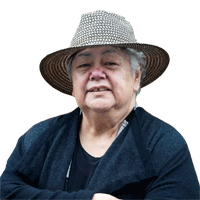 Click here for Te reo translation
Everyone's a winner when whakawhanaungatanga is the ultimate prize.

That's how it is for Richard Sobels who proudly wears Pikiao rugby league colours in Rockingham, Western Australia.

Wearing the Pikiao colours is a privilege for Richie and keeps alive the connections to Otaramarae and home. The full-time landscaper is passionate about his league the focus of which is the Harmony Cup.

The cup is run by a committee of like-minded enthusiastic amateurs.

There is no structured competition, only the opportunity to participate in the game they love.

The Harmony Cup season brings players together for just a couple of months a year.

"When we started it was a chance to connect with whanau. We caught up with whanau who left home years and years ago.

"We just wanted to play league and we used to have pa war games.

That included players from Tonga and Fiji as well as indigenous Australians.

"Ngati Kahungunu players in our team decided to set up their own teams. Things like that happened."

Richard and his partner Bianca moved with their four children to Western Australia in 2012. There is huge demand for his work skills and the company he works for covers all aspects of landscaping from paving and artificial turf, limestone walls and pool installation.

The work is mostly residential but includes some commercial.

He and his whānau are well settled in their home, 40km south of central Perth. The covid pandemic has had little effect on them "we have our own circle of friends."
However, it did delay the Harmony Cup by three or four months.

While the Harmony Cup is a 9s format amateur competition Richie thinks it could be a pathway to greater things in league either in Australia or overseas even the United Kingdom or France.

"I think that's the next step. We would like to keep the avenues open for our rangatahi."

"We couldn't do this without the backing of Ngati Pikiao back home.

"Big shout out to Uncle Matene Mihaka for his support right from the start. We communicated back and forth by Messenger to help set up our organisation here.

"Without his support from the Pikiao Rugby League Club we would never have got off the ground."

The Western Australian movement has nine teams — from masters men's and women's to 16-year-old boys and girls.

At the beginning Ngati Pikiao provided money for kit and fees. Nowadays, the Australian group are able to pay their own way.

Fundraising is done by whānau who help how and when they can. It's a team effort.

Richie encourages members of different iwi to set up their own teams to keep that whakawhanaungatanga going.

Curiosity about his name prompted the writer to ask where it came from.

"I'm actually Samoan. My adoptive parents and my sister went to Samoa on a forestry contract and my biological mother was their housemaid. She was pregnant with me at the time.

"My sister [Janice Fraser] said they should take the baby. My biological mother said if it's a boy they could take me. I was born and the adoption papers were signed."

The Sobels separated after they returned to New Zealand and Richie was raised by his mother, Tiki Dixie Vercoe, at Otaramarae. She died in 2014.