Financial abuse happens to all sorts of people and can be administered by people who are far from the stereotypical bad guys; sometimes the victim's loved ones are the perpetrators.

According to material published for Elder Abuse Awareness Week in June, financial abuse is a global epidemic, particularly amongst the elderly.

My interest in the issue was sparked by a $US16.6 million award granted to a couple sold an 'unsuitable investment'. The award included restitution of their original $US14.3 million investment, damages and legal fees and marked the end of the longest-running arbitration case in 20 years for the Financial Industry Regulatory Authority.

When I saw the size of the award and the parties in the arbitration - BNP Paribas Securities Corp and a couple in their late 60s who had built their wealth by selling New York-style cheesecakes in London - I thought it wasn't a typical case of financial abuse.

BNP Paribas Securities is a large and reputable business and is disappointed at the decision. The couple won the case because their adviser had encouraged them to invest the bulk of their assets in a particular security not allowed to be sold to retail clients.

I checked out related stories of financial abuse and it opened a hornet's nest. There was the story of a financial firm lying to its mainly elderly clients in order to prise funds from them. There was a multi-million dollar claim by the widow of a wealthy businessman whose adviser engaged in excessive trading with her husband's funds.

There were examples of trusted advisers and relatives tricking people into giving power of attorney and withdrawing funds from accounts, transferring assets and basically feathering their own nests at the expense of the victim.

Often the reasoning appeared sound and it was for a good cause-and the victims were left feeling they were doing the right thing and therefore didn't need to question or think twice.

While I felt for the big losers - it must really hurt to be duped out of hundreds of thousands or millions of dollars - I felt more sympathy for smaller and more vulnerable victims because their abuse was insidious, with the deceit even more painful when delivered by a loved one.

Financial abuse is a big industry. According to the Federal Administration on Ageing, elderly and vulnerable Americans are ripped off to the tune of $US2.6 billion annually.
Closer to home, Age Concern says as many as one in 10 Kiwis may be the victims of financial abuse. We should be outraged and embarrassed this is happening in our backyard.

So what is the answer?

We should watch over family, friends and neighbours. While it may not be easy to spot a crook, especially if they are a wolf in sheep's clothing, we can be alert to anybody entering our loved ones' lives and influencing them, ingratiating themselves and encouraging new or changed behaviour.

We can also be proactive with our loved ones, discussing their wishes while they are alert, aware and ready to talk about their finances. Putting our wishes and objectives in writing can also be a barrier against financial abuse, or at least, a defence if someone tries to take advantage.

Lawmakers around the world are considering regulation to stop scammers preying on the elderly and vulnerable. We can do our bit by caring, communicating and looking out for our neighbours and not just the obviously vulnerable ones. 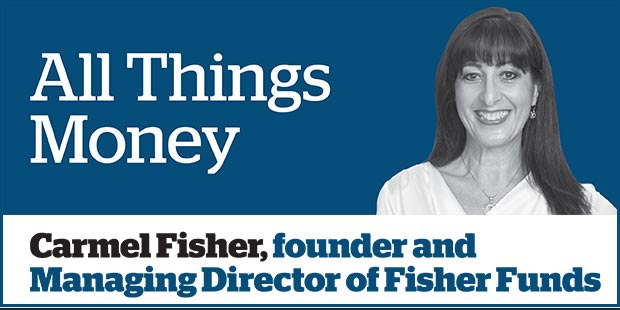