There has been speculation about a reconciliation between Kim Dotcom, 40, and his ex-wife Mona after the Megaupload founder posted pictures of his former spouse this week as the family holiday together in the South Island. But the Filipina beauty told The Diary yesterday: "I am not reconciling with Kim. I am on vacation with my children in Queenstown to celebrate my 26th birthday, that's all."

Mona's children Kimmo, Kobi, Kylee and Keera and stepdaughter Kaylo are enjoying a two-week trip to the snow with their father during the school holiday break. Mona was invited to join them for a week at the request of the children.

The family have been staying in the four-bedroom owner's cottage at exclusive Matakauri Lodge, but it's separate rooms for the Dotcoms, who are travelling with a team of security, nannies and a personal assistant.

It is understood Mona has moved out of the cottage to a separate suite at the other side of the Lodge.

British lad mag model Danielle Sharp, who filmed a music video for Dotcom's pop flop To Be With You, flew into Queenstown to join the internet mogul and the pair were pictured cosying up on a Lake Wakatipu cruise.

Mona has previously told The Diary her husband was very "angry and unhappy" about an exclusive interview she gave to a woman's magazine last month. She talked about how unhappy she was in her marriage and how she fled her husband's mansion in the middle of the night.

However, Mona's presence in Queenstown has afforded Dotcom the opportunity to post various photos of his ex-wife looking in high spirits and relaxed as she plays with her kids. He took to Twitter to wish her a happy birthday on Wednesday to his tens of thousands of followers.

His message ahead of his political party's six-week election roadshow: What rift?

The question is, how long will the happy family image last when the pair return to their separate homes and lives? Pitman posted a picture on Instagram in April puckering up to Locke and confirmed they are dating. She later posted: "If you're honestly happy f*** what people think." Friends close to the netballer tell The Diary she is very happy with the footy star.

Pitman announced about a month ago that she would be taking next year off from the ANZ Championship to consider her netball future. The Manchester Evening News reported she is dating Locke and accompanying him to England.

This week she tweeted from the UK saying she's warming to the place. "It's slowlllyyyy growing on me. Need to make some friends first. English people look at me funny ... Good to see my bro and we are slowly settling in." Chelsea's league star brother Cameron Pitman plays for Leigh Centurions, also in the Greater Manchester area.

She's not the only netballer to fall for a footy player. Kiwi netballer Maria Tutaia is dating AFL star Kurt Tippett, as reported here earlier this year. 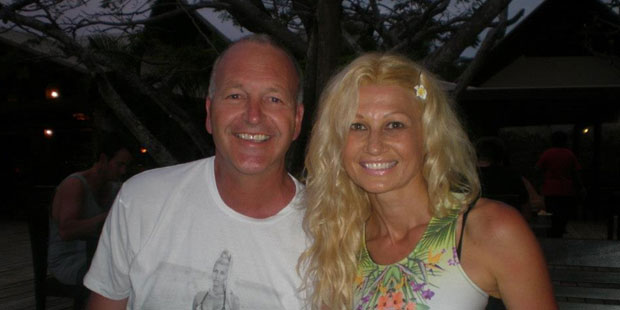 The former fling of British pop star Robbie Williams is "proud as punch" of her husband who was hailed a national hero this week.

Robin Reynolds, who made worldwide headlines 14 years ago for her two-day romp with Williams in Auckland's Metropolis hotel, is happily married to Tauranga policeman Adrian Oldham.

The 53-year-old senior constable was hailed a hero this week for saving an elderly woman from a burning house in Mt Maunganui. Reynolds told The Diary: "He's such a hero and I couldn't be more proud. We've been married a year, but it is so him. He always thinks of others. In fact, he asked if she had any pets. He was ready to go back into the fire to rescue her animals!" 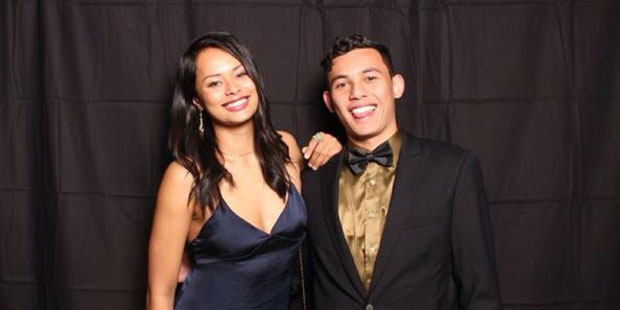 He was the envy of his school friends when he bagged a date with Shortland Street beauty Frankie Adams, 20, to his school ball last weekend.

Sean Timoteo, a Year 13 student from St Paul's College, tweeted a poem to the TV star asking if she would attend the ball on Saturday night at Auckland's Crown Plaza Hotel.

"I couldn't say no," said Adams. "Sean was incredibly respectful and a real gentleman. We had a great night. In fact, all the boys were awesome and so polite. I spent the whole evening dancing. It was great to get the chance to go to a school ball again!" Adams, who was born in Samoa, split last month from her cricket star boyfriend Tipene Friday, 23, when he transferred to England to join Finchampstead cricket club in Berkshire. Gilda Kirkpatrick's son Lucan Xerxes celebrated his first birthday on Wednesday with a fabulously themed circus party. Paritai Drive's wedding cake house was bedecked in thousands of colourful balloons and circus memorabilia, including an elaborately decorated three-tier circus tent cake, all of which was donated to Ronald McDonald House in Auckland yesterday to children and families in need.

Sharks and Kiwis playmaker on the black jersey, lockdown and why his wife is mad at him.
BUSINESS

Tourism groups will rethink the overall strategy in what will be a slow recovery.
ENTERTAINMENT

Netflix has come to the rescue for parents of restless Kiwi children during the lockdown.