Whether you’re looking to buy or rent, OneRoof.co.nz has everything you need to find your dream home.
© Copyright 2020
NZME. Publishing Limited
Eye in the sky hunting cheats
27 Sep, 2014 10:34am 2 minutes to read

Earlier this year, Mary Fons joined the Bitcoin Economy. She uses the digital currency to buy gift cards and office supplies. Her partner reimburses Fons with bitcoin for his portion of the rent.

Unlike many of the currency's early adopters, Fons isn't a nerd or self-declared libertarian. She is 35, lives in New York and co-hosts the Love of Quilting show on public television.

"Why bitcoin?" she said. "Because I want to have options. I think it's a beautiful thing open to everyone."

Fons has company. People worldwide have opened 41 million bitcoin accounts, according to the Bank of England. While the total value of bitcoin commerce isn't known, Gil Luria, an analyst at Wedbush Securities, estimates global spending on goods and services has doubled in the past year.

Parents are dispensing allowances in bitcoins so their kids learn to be digital citizens. Marijuana smokers are buying buds from bitcoin-enabled vending machines. Consumers in emerging markets such as Brazil and Russia are starting to use bitcoin to hedge against currency volatility. 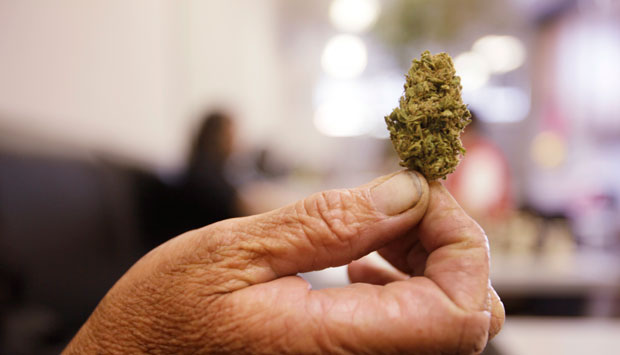 By far the most popular virtual currency, bitcoin was created in 2008 by the mysterious Satoshi Nakamoto, a programmer or a group of programmers. Most currencies are managed by central banks. Bitcoin has no central administrator; a network of volunteer computers validate transactions, which require encrypted electronic signatures.

While advocates see digital currencies as the money of the future, bitcoin will have to overcome a number of hurdles, including concerns about security and price volatility, before becoming widely accepted.

The first bitcoin users were mostly investors seeking to profit from the currency's wild swings, libertarians drawn to the freedom from government control and tech geeks who deem paper money and credit cards antiquated.

Many bitcoin account holders continue to see the currency as an investment, although it has slid 44 per cent this year, hitting a low of $361 in April, according to CoinDesk Bitcoin Price Index, which represents an average of prices across major online exchanges. Investor Andrew Fletcher, 51, an office manager in Portland, Oregon, deposits $25 a month into his bitcoin wallet. Even so, he concedes, "I'm not putting all my savings into bitcoin, OK."

Inside Money: How to share and enjoy finance again

In recent months, bitcoin has attracted a more mainstream demographic, says Lui Smyth, a researcher at University College London's anthropology department, who surveyed users last year and again this spring. In 2013, more than 42 per cent of the 1,000-plus people who took the online survey professed to be libertarians and anarcho-capitalists, who favour the state's elimination. This year, some 22 per cent of about 400 respondents described themselves that way.

Another sign bitcoin is becoming mainstream: Last month the Consumer Financial Protection Bureau, a US agency typically focused on mortgages, credit cards and student loans, warned about risks associated with virtual currencies, such as scams and hacking.

Three factors are attracting consumers to bitcoin. The currency is less volatile. New apps and digital wallets make using it easier. And mainstream companies - more than 75,000, according to payment services Coinbase and BitPay - accept the virtual currency.

Consumers can use bitcoin to pay Dish Network for TV service, Expedia for a hotel room and Dell for a PC. So-called Bitcoin Boulevards, where retailers accept the currency, have opened in the "World Canal" area of the Hague and Cleveland Heights, Ohio, where participating businesses include Mitchell's Fine Chocolates and Shawn Paul Salon.

publishes articles about the bitcoin lifestyle. A book series called

, about a kid afraid to try new foods, and sells the book at a 33 per cent discount to those paying with bitcoin; about 40 bitcoin users have bought copies so far, he said.

Shelton's father, Zach, 41, a project manager, has been giving his kids allowance in bitcoin for about six months.

"If I was a father in 1995, I'd want my children to learn programming and to navigate on the Internet," he said. "Fast forward about 20 years, and we have this technology, where bitcoin as a currency is just one application. It would behoove a parent to expose their children to this changing world."

Brooke Mallers, 51, a stay-at-home mum with six kids in Evanston, Illinois, first began spending bitcoins on purchases last fall, when she bought the kids' Christmas presents - Nike gift cards, for example. In April, she and her husband bought patio furniture on

, in July a Dell gaming computer for the kids.

"I have a Ph.D. in English lit," she said. "Neither of us has a technical background. I just like the idea of decentralisation, that things are more distributed. We just think it's awesome. We are kind of fanatic about it."

In August, Trevor Poulson, who manages Holly Hill Apartments in Southwest Portland, placed an ad on Craigslist and on MeetUp, inviting people to move into his 40-unit complex and form "a bitcoin intentional community," using bitcoin to pay for rent and other goods and services. Several people have already replied to the ad, and Poulson hopes to have a like-minded bitcoin resident within six months.

Companies say bitcoin shoppers tend to be bigger spenders on average. About 90 per cent of Overstock.com's American bitcoin customers are male, who spend on average $240 per order - 35 per cent more than than a typical customer, Chief Executive Officer Patrick Byrne said in an interview.

Many merchants are luring bitcoiners with discounts. In one promotion, Dell knocked $150 off Alienware computer systems. Electronics Web merchant Newegg offered users $75 off purchases of $300 or more and $150 off orders of over $500.

"Millennials medicating with cannabis may be a matching demographic for bitcoin," he said. "The utilisation of bitcoin will grow faster with people between 21 and 40."

Bitcoin is catching on outside the US, too. If anything, using the currency to buy goods and services is even more popular in Europe, said Tony Gallippi, CEO of BitPay, which is based in Atlanta.

"The adoption of the euro is a really good parallel to the adoption of bitcoin, it's fresh in their mind," he said. "Adding a new currency for them is a very easy task."

Peter Surda, an economist who lives in Vienna, uses bitcoin two or three times a week to buy everything from food to electronics to plane tickets.

"Spending bitcoin did indeed become easier because more merchants accept it," Surda said in an email. "Also various integration services do the purchases on your behalf even if the merchants have no idea what bitcoin is."

"Bitcoin makes a lot more sense in emerging economies like Brazil and Argentina and Russia," said Nicolas Cary, CEO of

, a payment service. "The number of new sign-ups we see in Latin America is increasing. You are moving beyond the people placing bets to people seeing value."

The pace of global adoption will depend on regulation, bitcoin's price moves and addressing security concerns. Price volatility is a major worry because the price can be influenced by a relative small group of owners. While programmers build services such as insurance into the system, bitcoin may be less secure than more established forms of payment. Once a bitcoin changes hands, there are few means to get it back.

Meanwhile, hackers are on the prowl. Earlier this year, Japanese bitcoin exchange Mt. Gox lost 650,000 bitcoins to cyber criminals. This summer, a hacker stole 1,270 bitcoins from Androklis Polymenis, a software developer in Greece. Polymenis posted a 500-bitcoin bounty to track down the perpetrator and says the hacker returned 462 bitcoins in exchange for having the bounty lifted.

Read also: The rise, fall and rise of bitcoin

"The problem with bitcoin is security and user-friendliness," said Polymenis. "How can you expect mass adoption when I get hacked so easy?"

That's not deterring Greg Abbott, 35, who sells fried pies from a food truck in Portland. Sure, only four or five customers a month use bitcoin. That's not the point, he says.

"The disruptive nature is what I like so much about it," Abbott said. "This is a real opportunity to look at how money systems are formed. It's a real-world experiment of how these things work in the beginning of currencies."

Barry Colman: On the road to silent running

Times have certainly changed driving out on the road.
BUSINESS

Workers given a day to delete the wildy-popular Chinese-owned app.