Whether you’re looking to buy or rent, OneRoof.co.nz has everything you need to find your dream home.
© Copyright 2020
NZME. Publishing Limited
Beef reaches US record
23 Jun, 2014 3:27pm 5 minutes to read

That purchase, while stunning, was dwarfed in both size and renown by that of one Christopher Forbes, who bid £105,000 (some $157,000) in 1985 for a 1787 Château Lafite etched with the initials "Th.J.," and advertised as formerly belonging to Thomas Jefferson.

The landmark sale inspired other ambitious collectors, including billionaire business tycoon Bill Koch, to seek out their own Jeffersonian wine. In late 1988, Koch spent about half a million dollars to add four of the famed bottles to his personal cellar.

The world of elite wine collecting, as such purchases demonstrate, is an expensive and high-stakes hunting game. Connoisseurs such as Koch, for whom the money is no object, will spend hundreds of thousands of dollars on rarities that promise to enhance their collections.

But as prices for these bottles have soared, so has another risk - one that LeCraw and Koch both discovered the hard way. The most esteemed and alluring of bottles just might turn out to be fake.

While experts agree that it's hard to size up the impact of forgery on the wine industry, a recent spate of busts has shone a spotlight on how pervasive the problem might be.

This past October, European police arrested seven people in connection with an international counterfeiting ring that sold 400 bottles of fake Romanée-Conti wine, among the world's most expensive, for more than 2 million euros ($2.7 million).

A few months earlier, police in China arrested more than 10 suspects linked to millions of dollars in fake wine sales after uncovering counterfeiting equipment in a raid. LeCraw is suing the seller of his bogus bottle, Antique Wine Co, for $25 million.

And in December, a federal jury convicted famed rare wines dealer Rudy Kurniawan of peddling tens of millions of dollars of homebrewed mixes with sham labels.

Italianate style with vino close by

"Making forgeries of wine bottles, unfortunately, is really not all that difficult and time-consuming, especially since one could assume that making a 'spot-on' counterfeit watch would be much more difficult and time-consuming," says Mark Solomon, the wine director at Leland Little Auction & Estate Sales and CEO of TrueBottle.com, an online database for wine collectors.

Some forgers will print their own labels to alter cheap bottles; others will buy empties of the best years and makes, then refill them with other wines. That means the glass bottles themselves can also fetch substantial sums. The empty bottle of a prized 1982 Château Lafite Rothschild might alone fetch $1,500.

"But if you go to 1983 or 1981," Solomon says, "the price of the bottle is a fraction of what an '82 goes for." A clever forger might therefore alter the last digit of the date, refill the bottle, and sell it for several multiples of what the empty cost.

Wine forgeries are as easy to pull off as they are hard to weed out. The bottles are rarely sold directly to auction houses, instead winding their way into collectors' cellars through a series of sales, where they can hide among dozens of authentic bottles.

And while the easiest way to check whether or not your 1982 Château Lafite Rothschild is the real deal might be to taste what's inside, you can hardly pop the cork off a rare vintage before it goes up for bidding.

Charles Curtis, a Master of Wine and former head of wine for Christie's in both Asia and the Americas, explains that authenticating wine begins with contacting the owner to request any documentation (receipts and so on). Next comes a physical inspection of the bottle.

Experts check the capsule, cork, label, and glass to see if the materials are consistent with the stated time and place of production, if the branding is consistent, and if any of the pieces show signs of tampering. An examiner can also use a high-powered flashlight to examine the cork through the bottle and see if the wine itself is the correct colour and contains the proper amount of sediment for its age.

"It is seldom possible to establish authenticity with 100 per cent accuracy," Curtis tells me, "but these methods normally give enough evidence to form a credible opinion of authenticity."

So how to get at the problem of checking the wine itself? One method has been to enlist carbon dating to approximate the age of the liquid in a bottle, but this can prove imprecise. 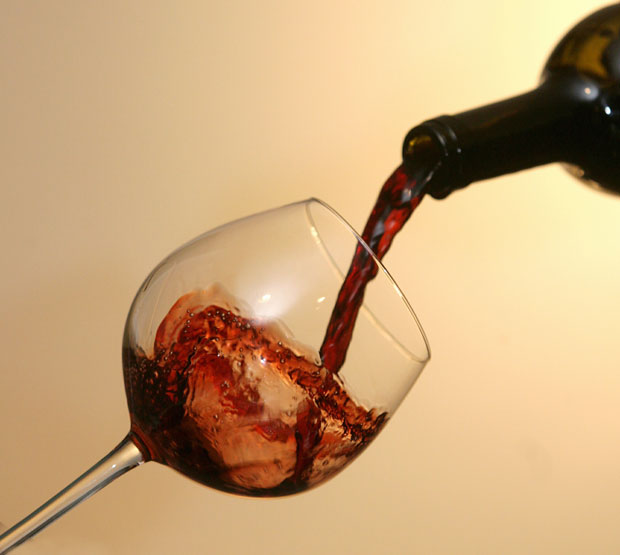 Testing the authenticity of a high-priced bottle is not easy when you can't open a rare vintage before bidding. Photo / APN

Instead of looking for carbon, a variation on this approach searches for the isotope cesium-137, an artificial form of radioactivity that was created through nuclear testing and is therefore not present in wines bottled before the advent of such technology. The isotope is absorbed from the soil by the roots of grapevines, and gets locked into the bottle during the winemaking process.

Bill Koch's camp famously sought out Philippe Hubert, a French physicist who had experimented with cesium-137 testing, to have one of his alleged Jeffersonian bottles tested in a lab beneath the Alps on the French-Italian border.

Another answer, which doesn't require traveling to a remote section of the Alps, may have been found in a device that's emerged in just the last year. It's called the Coravin System, and it uses science to do magic - namely, to extract wine from a bottle without removing or even damaging the cork.

Coravin is the fanciest corkscrew you've ever seen, with a sleek upright design that lets it sit in its holder like a tiny rocket waiting to launch. The creation of medical device inventor Greg Lambrecht, it works by passing a fine, hollow needle through the cork. The bottle is pressurized with argon, an inert gas, that pushes the wine into tiny holes on the side of the needle and out through the device, into your glass.

"The cork is elastic - it's actually one of the most elastic solids we've ever discovered in nature," Lambrecht says. "I'd made medical needles that did very little damage to the things they went through, so the insight was, 'Hey, I could use this to get through the cork.'"

Coravin retails for $299 and, for the moment, has two main markets: home consumers and people who sell wine for business (restaurants, distributors, etc.). Coravin allows them to pour or sell a single glass without setting off a ticking oxidation clock that can turn the best of wine into something resembling vinegar.

Lambrecht's initial idea for the device came about because he wanted to keep drinking good wine a glass at a time while his wife was pregnant, and needed a way to preserve the remainder of the bottle.

In a market besieged by fraud and chicanery, could Coravin be the solution? Maybe. Using Coravin to sample a wine prior to a sale would have to be disclosed at auction and could potentially devalue the bottle. But far more problematic is this simple fact: Lots of people don't know what old wine is supposed to taste like.

"People may taste a bottle of genuine old wine that's matured and may not like the flavours," Curtis says. "There are some tasters who are superb judges of such matters, and there are others who are not."

Wine tasting, after all, is subjective. For all but the most refined of palates, it has to do as much with what we think of a bottle as what we know. If we think a wine is expensive - and forgers think they know we think that - chances are it will taste that way, too.

Investors are banking on better times returning. But the big question is when.
BUSINESS

It's time for the politicians to admit the world has changed.
BUSINESS

Thl on $2m Waitomo Govt grant: 'We haven't feathered our own pockets'

The company says the grant has protected jobs at loss-making business.