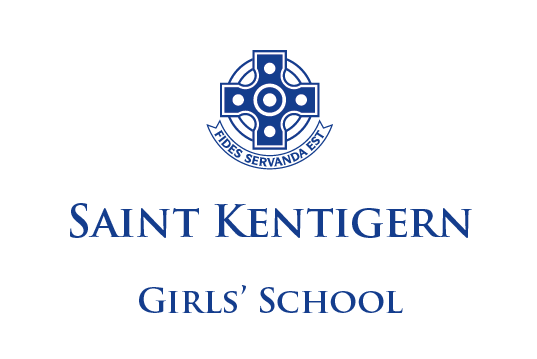 In a 2017 study, part of the reason why women are (still) so under-represented in science, technology, engineering, arts and maths (STEAM) professions became clear.

In the study, published in Science magazine, researchers showed five-year-old children pictures of professional-looking men and women. The children were asked to point out individuals who looked "brilliant".

Almost every child chose someone of their gender – boys picked men, girls selected women. When the same question was asked of seven-year-olds, both boys and girls chose men.

So what happened between the ages of five and seven? The girls had begun to inhabit the roles that society had traditionally reserved for them. They had begun to learn about their world and some of the role models in it – astronauts, scientists, presidents and prime ministers, movie stars; most are likely to be men.

There are other studies suggesting teachers unconsciously favour boys – calling on them for answers more than they call on girls. It sets in place a mindset which, even though girls are told "you can do anything", can persuade them they are not as capable and competent as boys.

Saint Kentigern Girls School Principal Juliet Small says: "Look at astronauts. We all heard about the amazing things astronauts were doing. But the media showed us men. Then we discovered there had been women astronauts as well."

Small says research has shown that girls must be involved in STEAM subjects from an early age as they tend to shun them if their interest and confidence has not been fostered before then*.

The school builds an environment that positions STEAM subjects as desirable and exciting. Prescott tells the story of a junior science experiment demonstrated to the entire school, with a six-year-old in one of the starring roles: "That impressed everyone," she says.

The girls are also given opportunities to succeed and witness how STEAM subjects work in the real world – influenced by the work of World Vision, a team of girls addressed the global refugees problem by designing safe boats powered by robotics in a science project.

At Microsoft's International Women's Day celebrations, Prescott was asked to bring four girls – she took 30. "They had women speakers who had made a difference in their world," she says, "and they had such a huge impact on the girls. One [of the girls] wrote afterwards that being a woman was such a powerful thing and that there should not be such a low representation in industry."

Role models often address the school and the STEAM students, like a female Emirates Team New Zealand designer who helped design the "cyclors" that powered the team to win the America's Cup in Bermuda. In the annual Science Fair competition, the 12 Year 8 Saint Kentigern Girls' School students who entered projects won 13 prizes.

"It's all about teaching girls to believe in themselves and empower themselves at a young age," Small says. "You set patterns of thinking and self-belief; that's how you help prevent that drift away from STEAM subjects by girls."

Intelligence, she says, grows – it isn't set for life; building up confidence and a growth mindset is hugely important for girls at a young age.

The problem is global – then Director-General of UNESCO, Irina Bokova, introducing a UNESCO study into the subject in 2017 said: "Only 17 women have won a Nobel Prize in physics, chemistry or medicine since Marie Curie in 1903, compared to 572 men. Today, only 28 per cent of all of the world's researchers are women. Too many girls are held back by discrimination, biases, social norms and expectations that influence the quality of education they receive and the subjects they study.

"Girls and women are key players…the greatest untapped population to become the next generations of STEAM professionals – we must invest in their talent."

In New Zealand, and around the world, that kind of focus has been gathering pace – but while two-thirds of our Bachelor of Science graduates are women, most of them go into the health sciences, not engineering and technology. Women make up 13 per cent of our engineering work force and 23 per cent of the technology numbers.

Small says: "We are facing big scientific and engineering issues these days – like climate change, for example. Women are good thinkers when it comes to such issues, yet we are harnessing so few, comparatively, in the work force in these fields."

*Saint Kentigern operates a co-educational pre-school and separate boys' and girls' schools for Years 0-8. During their college years, girls and boys are taught separately for all core subjects in the Middle School (years 7-10) while in the Senior School (Years 11-13) students work in a co-educational setting.