Gold is an ideal asset but not all of it is pure, warns investor.

Buying from unreputable sources is the only risk with gold, believes a long-time New Zealand investor.

Retired Auckland business owner, Glenn Donald (not his real name), says the only issue in his mind is buying from a source that may not supply genuine product.

"The gold they offer may, in fact, be counterfeit and contaminated with embedded tungsten which has a similar specific weight to gold," he says. "There is a lot of it out there so it pays to be mindful of where you buy gold from."

Donald, who for years ran a business supplying the jewellery industry, began buying gold and other precious metals in 2006 and has reaped significant gains. At the time gold was around $NZ850 an ounce; today, he says, it sits at about $NZ2890 - an increase of over 300 per cent.

His comments come as world events - the Covid-19 pandemic and the Russia-Ukraine war in particular - are creating high demand for gold with many people looking for safe investment options.

Donald says he is not a seller of gold, only a buyer - and does so only from New Zealand Gold Merchants (NZGM): "I buy both metals, silver and gold bullion, from them because I trust them and I know the product is what they say it is.

"When and if I need to sell it, I will sell it back to NZGM," he says. "There will be no issue with the purity of the product because it is their product."

Despite his success in gold, Donald says he believes in diversifying his assets. "I only have a portion of my funds in gold and I think it would be ridiculous to put everything into it. It is my opinion that the percentage should be around 15 to 20 per cent, no more than that.

"I also have deposits in a number of banks to spread that risk around and funds under management in a balanced account with one of the major banks."

He says the argument gold doesn't produce income or interest is faulty because that is not its role. Rather, he believes, its function is as money and as a store of value.

"That's also why it shouldn't be viewed as a commodity," he says. "It doesn't get used up like oil or cotton, doesn't need feeding, fertiliser or maintenance and can't be destroyed by fire, water or time. Indeed, it will outlast us and is an ideal asset to pass on to your heirs.

"Gold requires no paper contract. It is part of the only financial asset class that is simultaneously not someone else's liability and doesn't require the backing of any bank or government."

Donald says investing in gold requires no specialised knowledge, skills or advanced training: "If you don't know how to spot a real diamond, aren't familiar with the paintings of Van Gogh or don't know which comic books are more valuable than others, just buy some gold bullion."

He says prices on gold and silver do fluctuate, but their value is timeless. "In 2011 I bought an amount for $1900 an ounce and it soon after dropped to $1300. You've got to wear that, but it will go up again."

From a security perspective, Donald says it is wise never to advertise to anyone the fact you own or hold gold because if you do you are inviting theft.

"NZGM do offer to store gold in their secure storage and can deliver to you at short notice if required. However, I chose to have my own private security box," he says. "I certainly don't recommend having it in a safe at your home because if a robber comes calling with a weapon, you will certainly open it."

How to cushion the coming financial fall-out 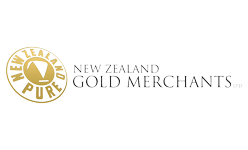