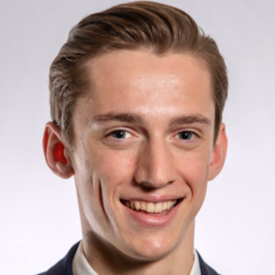 A hugely popular music remix and video of Dr Ashley Bloomfield that then went viral around the world cost the taxpayer almost $40,000.

Details about the Government's Covid-19 Unstoppable Summer campaign, including the money spent, have been revealed to Newstalk ZB under the Official Information Act.

The video was posted online and featured at major summer festivals around New Zealand, including at Rhythm and Vines and Bay Dreams.

Officials did not pay to play the video at events, it was revealed, or use any paid promotion on social media.

Documents show Bloomfield, the director general of health, was filmed in mid-December before festival organisers got their hands on an edited copy of the clip.

"The video was part of the events workstream - a targeted programme of work aimed at promoting the core public health behaviours at key events across New Zealand, with a focus on connecting with a younger demographic," the document shows.

The clip has proven to be a hit with the public; who have come to recognise Bloomfield over the past year or so while giving his daily Covid-19 updates at 1pm on national television.

As a dubstep starts up in the background, the familiar face pops up on the screen and Bloomfield starts off with a greeting.

He goes on to encourage people to wash and sanitise their hands properly, scan the Covid QR codes and to turn their Bluetooth on.

US to hit 100 million vaccination goal this week - Biden

"It's time to make summer unstoppable. Let's unite against Covid-19.

The clip was created in late December and then released publicly by artist and producer Mascen - real name Beau Thoresen - on his Instagram page.

"Shortly after its release, the video went viral; spreading organically to reach millions of viewers across social media on all major platforms including Tik Tok, Snapchat, Instagram and Facebook," the documents show.

It was also featured by media outlets in New Zealand and even overseas - including stories by the Guardian and the New York Times.

Officials estimate it has reached more than 46 million people around the world and danced to by more than 105,000 festival-goers.