nzherald.co.nz
Subscribe to Premium
My News
Your news how you want it.
On the go and no time to finish that story right now? Your News is the place for you to save content to read later from any device. Register with us and content you save will appear here so you can access them to read later.
Trending Topics
follow The Country on:
Hauraki 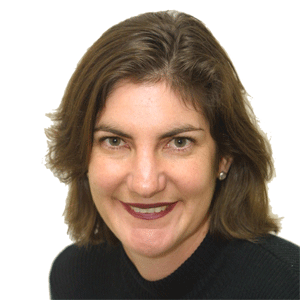 While casting around for ideas this month's column, Bruce suggested I write about his awesomeness on the hockey pitch.

It's not farm-related but he wasn't joking - he really is that big-headed about his sporting accomplishments this season.

I suppose I can't blame him, after suffering for years with back problems, then the unfortunate incident last year when a direct ball to the foot smashed a bone and put him in a moonboot (which he went ahead and played in anyway, swearing his team to secrecy so the physio and I didn't find out he was hobbling around the turf - even managing to score a goal in his crippled state which he then couldn't tell me about.)

But this year he's having a ridiculously good time, his finest season yet - he's worked his way up the field from a plodding back to a deadly forward, his team's second-best striker, with 11 goals under his belt so far.

However, one thing making his glorious goalfest difficult to enjoy is that our son, who usually holds the family high-score trophy, popped a disc, and tore a back muscle in an early game, forcing him off the field for months. Jack is bearing his father's triumphant progress graciously, but it must be tough.

Also staging a spectacular recovery, back on the farm, is Bex the dog. We've worried about her for a while.

She's not quite 10 yet but has dawdled around like a much older dog, refusing to run, unable to jump onto the back of the ute, and growing wider and wider until we nicknamed her "The Sofa" - to the point where she gave our tubby chocolate labrador a run for his money (more a waddle than a run, to be fair).

We changed her diet a few times, tried a variety of expensive special foods, but it made no difference. Recently the vet suggested a course of steroids and, since starting on those, she's a different dog.

It took a week or so to really notice a difference, but she now races along - not quite keeping up with the two-year-old bearded collie, but not as far behind as she used to be. She leaps onto the ute with the enthusiasm of a youngster, always keen for an outing, and barks joyously as Bruce drives along the road.

It's good to have her back with us, even though she doesn't fully approve of me, because she seems to think she is Bruce's true wife and I am some mere random interloper.

When you live in the country, as we do, you soon realise what a vast number of feral cats share the landscape with you. We've adopted, trapped, had euthanised several over the years, but they just keep coming, dumped by passers-by, or breeding in the bush.

The latest arrival was a tiny black and white kitten lurking in the shadows at the calfshed. Rachel, who works here, discovered the tiny creature surviving on splashes of calf milk.

It would scamper away as soon as it saw her but after several weeks of tempting it out with dishes of milk and catfood, it will now even let her stroke it and she's named it, in honour of its rapidly expanding belly, Chub.

Chub's not so keen on Bruce, who feeds it when Rachel's away. Chub knows the food is coming and waits, hissing and yowling in horror at the strange human. Chub will eat in front of Bruce, but grumbles and growls throughout.

The plan is to eventually catch and spay Chub, and employ her as Chief Rodent Control Officer at the shed, an important position that requires a very specific skill set - and sharp teeth.¦

The 2020 duck-shooting season is set to be the best in years in Southland and Otago.
THE COUNTRY

To the maimai, to the pond! Duck shooting season under way

Duck hunting enthusiasts were finally able to head out at the weekend.
THE COUNTRY

Poles to transmit power from a new wind farm to Waverley Substation are in place.