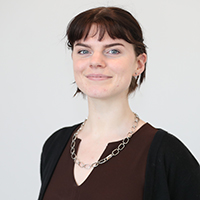 The Whanganui region can expect a wet week ahead, with the possibility of some heavy rain.

After a fine weekend and Monday, a change of weather is expected on Tuesday as rain heads for Whanganui, MetService meteorologist Peter Little said.

The weather system, currently coming over the Tasman Sea, is the same one that caused flooding in New South Wales over the weekend.

"It's going to bring rain to much of central and northern New Zealand over the next few days," Little said.

There's a chance of severe weather in Whanganui this week, and river levels could rise.

"People should keep an eye on the forecast in case there are any severe weather warnings issued and plan accordingly," Little said.

Monday morning had a low of 6.9C, slightly above the average temperature of 6.2C for this time of year.

Little said Monday would have a high of 18C.

"Monday is a great day to get out and about during lunchtime and have a little stroll around, because unfortunately the rest of the week won't be as sunny," he said.

Overnight temperatures this week will reach lows of between 8C and 9C, and drop to 5C early on Thursday morning.

Upokongaro public toilet to be built

Arrest made after armed man leaves scene of crash

"There is a clearance on Wednesday as the wet weather moves up the country but, unfortunately, the wet weather slides down again, so Thursday and Friday will see more rain in Whanganui," Little said.

The highs during the week sit around 15C to 16C, increasing to 19C on Friday.

Little said this was above the average temperature for this time of year, which generally sits between 13C and 14C.

"If you've got any washing you need dry, it's probably one of those weeks you'll want to check the forecast and plan accordingly," Little said.

Splash Centre going back into hands of council

Man to appear in court on Whanganui crash charges

Whitebaiting season drops from 15 weeks to nine, concerns spots could be crowded