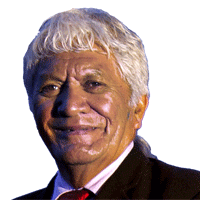 Matauranga Māori is reflective of an oral tradition where knowledge was captured in story-telling, carving, weaving and song and dance.

It was a system passed down through millennia with the responsibility for translating this falling to the tohunga -the oracle of the tribe.

The Maramataka (Māori lunar calendar) is a classic example of matauranga Māori in practice.

During my time as the kaihautū [project leader] at Te Papa Museum in the early 2000s and when celebrations for Matariki were emerging, we worked closely with astronomers from the Carter Observatory in Wellington.

The idea was to compare knowledge systems – Māori science and Western science as it related to interpretation of Ranginui – the heavens.

There was perfect correlation between the two systems.

However, the science derived under the mantle of matauranga Māori is often seen by mainstream scientists and others as fanciful fiction, referred to as myths and legends.

Western science, on the other hand, is considered fact and deemed to be superior.

As an example, I was a practising geologist for a number of years and was invited during my time at Te Papa Museum to give a Māori perspective of geology to the annual general meeting of the Institute of Geological and Nuclear Science.

This is a stronghold of Western science.

Merepeka Raukawa-Tait: Charter schools should be a choice for parents

I used the Ngāi Tahu story of pounamu as told by Sir Tipene O'Reagan to emphasise a matauranga Māori view.

While there, he came across a beautiful woman, Waitaiki.

He captured her and took her for his own.

He was pursued down the island by her husband and the resting places along that journey were marked by the changing characteristics of the kōhatu (rocks).

Tuhua (obsidian) in the Coromandel and Central North Island, ōnewa (basalt) on the West Coast, pakohe (argillite) in the Wellington region, and the final resting place, the arahura river where he turned Waitaki into pounamu (greenstone), the tungsten steel of Māori.

Each of these rock types had specific value to Māori.

I put it to the audience that this was an early Geological map of New Zealand that had a multi-layered function - identification and location of natural resources, opening up trade routes and opportunities, reaffirmation of whakapapa connections and protocols.

If fast forwarded in today's terms it may be considered an early version of a GIS map (Geographical mapping System).

Needless to say, there was a silence in the audience when I proffered the comment that this was Māori science in action.

Not fiction but fact.

Our people survived over thousands of years and we have so many of these stories to tell.

So next time someone refers to our stories as being myths and legends, give them the real facts.

Te Taru is from Te Arawa, Tainui and Ngāti Porou descent and is the chairman of Te Tatau o Te Arawa, Rotorua Lakes Council partnership. His website is http://tetaruwhite.com.

Live: Auckland, Waikato stay in level 3, Northland to level 2 this week; Vax target for freedoms to be announced

Live: Auckland, Waikato stay in level 3, Northland to level 2 this week; Vax target for freedoms to be announced