Brave Brewing owners Gemma and Matt Smith with their Bottle Rocket EPA which made the top 30 in the New World Beer and Cider Awards. Photo / Warren Buckland 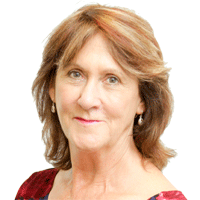 The Brave Brewing team are on top of the world after their flagship beer made the Top 30 in this year's New World Beer and Cider Awards.

Head brewer Matt Smith says they have been brewing Bottle Rocket EPA since they started out as a barebones operation eight years ago.

"We love that Bottle Rocket EPA won a top 30 award as it is one of our flagship beers and it continues to be enjoyed by locals, as well as across the country," Matt said.

"On the label is an image of an iconic 'rocket' slide, which used to be part of Fantasy Land in Hastings - a little slice of nostalgia for those familiar with it. Bottle Rocket is a beautifully balanced Extra Pale Ale."

He and his wife, Gemma, own and run the brewery with a dedicated hospitality and brewing team.

Gemma says it's a "big deal" to make it into the top 30 out of hundreds of entries.

"There is no first, second or third, it's just the top 30 beers and ciders," she said.

"As part of getting into the top 30, our beer is sold at New Worlds throughout the country as well as online. It's the first time we have made it into the top 30, although we have had highly recommended awards multiple times. It's really exciting."

Although results were embargoed until Monday those that made the top 30 were told earlier.

"We had to know to ensure we had enough stock on hand to send around the country," Gemma said.

"Matt and the brewing team were frantically brewing two batches so it had time to ferment, package and then set aside to distribute.

"If it sells well it will be up to the managers of the shops to decide if they keep it in stock."

Just under two years ago Brave Brewing moved into the Tribune Precinct. "We love being in this busy humming CBD location," Gemma said.

"The restaurant is really busy. We get lots of families in as we have a kids' menu."

She describes the food as American diner-style with lighter salads also available.

"It's American beer food using the very best local products such as Bostock Chicken and meat from Waipawa Butchery.

"Since the Covid restrictions have been lifted we have been really busy, especially with the two long weekends and the HB Marathon.

"Our head chef is Brad Simpson, a talented New Zealand chef who had been working in Melbourne for 10 years. Covid saw his return home and he has been with us since we opened here."

All Brave Brewing's craft beer is made on sight. It can be bought from the fridge or buyers can fill their own flagon.

"We have a huge amount of craft beer lovers in Hawke's Bay and they are our priority — our local customers come first, which means we usually don't have much left over to distribute throughout the country."

Gemma says they are lucky to have had a solid team all the way through Covid.

"They have been flexible and resilient all the way through, educating and re-educating customers around mask-wearing and constantly changing rules.

"We are also incredibly lucky to have such loyal customers."

"Tigermilk is the ultimate seller. It has a cult following, we can't make enough of it."

Ultimately, Gemma says, being named in the New World Beer and Cider awards top 30 provides the brewery with a great opportunity to "share our beer with craft drinkers all around the country".

Brave Brewing Co is at 205 Queen St East, Hastings.
Opening hours are Wednesday and Thursday from noon to 8pm, Friday and Saturday noon until 9pm and Sunday from noon until 8pm.

Aotea senior rugby side leave run too late against Pirates

Hawks lose to Giants in Napier