The price of A-grade logs has fallen and there is potential for further drops in August. Photo / File 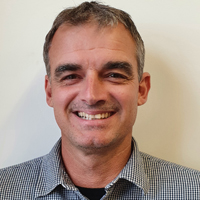 The age-old adage 'what goes up must come down' has played out as expected with the export log market in recent weeks.

Export sales prices during May were the highest since the global financial crisis and were basically an anomaly with low shipping costs and foreign exchange rates reducing the costs of getting the logs to market. This was expected to be short-lived — and was.

A-grade export logs have dropped from around $153/m3 in May to $117/m3 in July, with the potential for further downward price pressure in August.

The reasons for the reduction are twofold.

Firstly, a reduction in global demand for products — if the world isn't buying things, the Chinese production machine isn't making things, and therefore doesn't need raw materials with which to make things out of.

Secondly, the European markets are awash with logs due to the harvesting of their forests infested by beetles. These beetles eat the cambium layer under the bark and kill the tree.

This beetle is rampant in Europe and will result in an annual production surplus of 30 million cubic metres. While the Europeans are flat out trying to build sawmills to deal with this additional volume, the end market is still likely to be China. Whether the product arrives in China in log or lumber form, it will displace volume from New Zealand.

One advantage we have had is in our ability to deliver logs by ship to China, whereas the volume from Europe has been arriving in containers via the rail network. As Europe hasn't been buying products from China, very few containers are heading to Europe with which to back-load logs, so this has kept the supply largely under control.

Unfortunately, in recent weeks, there has been a break bulk vessel loaded out of Germany, which means they no longer need to rely on containers to supply logs to China.

How long the export market stays subdued for is anyone's guess. From a macro-economic viewpoint, taking into account the European volume, it could be three to four years.

However, as we have seen many times before, the market can rebound quickly in the face of severe headwinds, so it is reasonably likely that this will be a short-term, maybe three-month, issue. If there is a rebound in prices in the short term, it is more likely that the medium term will be volatile as in-market log inventories will remain high.

While the export market has been fickle over the past 12 months, the domestic market has remained buoyant and demand for quality logs is high. This always brings people to question, 'why don't we keep the export logs in NZ and process them here?'

Basically, our industry is the opposite to the fruit and meat industries, with the best quality products retained here (pruned and sawlog grades) and the lower arising grades exported.

There are very few, if any, sawmills around the country that have a diet of low-quality logs and remain competitive.

From a labour-input perspective, the disparity between domestic processed logs and exported logs is not what most people think. Many of the domestic sawmills are fully automated with minimal labour input per cubic metre.

Export logs don't just magic themselves onto a vessel. Each log is manually measured at the port, then put into rows, taken out of those rows, and loaded onto a vessel.

Rough cigarette packet numbers give the direct staff-per-tonne numbers of around 0.045 for export logs and 0.07 for domestic logs.

Contrary to what Shane Jones would have you think, the majority of sawmills are not running out of logs around the country. The export market is a very important and necessary part of our industry. It deals to a significant volume of logs that would otherwise not have a market in NZ and employs a huge number of people nationwide.

So with the election coming up, you will likely see some ill-informed politician grandstanding in front of a port, banging on about keeping the logs in New Zealand, you will hopefully understand that it is very likely they are speaking out of their proverbial.

Talking Rugby with John B Phillips

Eyes can be affected by diabetes

Debbie Ngarewa-Packer: Save the sea beds