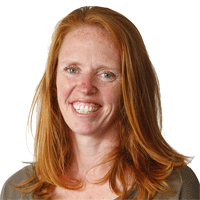 Comment: A week after my son was born, I come across his name in an article in the New York Times. I catch my breath. He is a young man. He is describing the scene after a bomb tore through his village in Afghanistan. He is terrified, he says. He doesn't know where to sleep. I don't sleep that night either.

A year and a half later I see my son's name in our local paper. He arrived six weeks ago from Syria. His brother and sister were killed by a bomb that woke him in the night. He is 5 years old and has already witnessed more tragedy than I will ever see in my lifetime.

Today I say my son's full name as he giggles and throws himself into my arms. I sing the song that he was named for. He laughs. His shaggy golden hair covers his blue eyes.

"His name means 'peace'," I once justified to a Plunket nurse who didn't even attempt to pronounce it. For some reason I felt the need to explain away her unwillingness to engage in something she saw as "different" or "too hard". It is uncommon here, but common in the Muslim world. My son shares his name with millions of boys - millions of Muslim boys. Their mothers also named them "peace".

And then there I was sitting on the floor of a potting shed in Hagley Park on Friday, March 15, thinking about how relieved I was that my Suleiman, my laughing, smiling, joy of a boy was nowhere near me. Relieved that my Suleiman was safe at home – protected from this scene by 627km and the colour of his skin. And while I was sitting there feeling that relief I was so acutely aware that just a few hundred metres away sat a mother who was, in that very moment, watching her own son die.

In my head I know I was safe that day, but I'm having trouble telling my mind that.

Although I was very close to the shooting, I was never a target. I have run through a few hundred scenarios in my head where the day ends differently - the gunman's car doesn't start and he escapes on foot through the park - or he returns to the police cordon after the initial shooting - or his hatred is just slightly less predictable and he decides to spread his terror in a more random direction.

On Friday I spent four hours sitting in a shed in Hagley Park surrounded by uncertainty and fear. Like hundreds of others I waited tensely within blocks of the shooting not knowing exactly where and what was happening.

Ian McKelvie: Christchurch mosque shootings has ripped through the hearts of all New Zealanders

Frank Greenall: Tragically, we asked for it …

The fear and sadness and rage I am experiencing this week has given me a glimpse, the smallest tiniest of understanding, of what it would be like to exist in a world of uncertainty and fear.

My experience that day wasn't exceptional, and to me that's an exceptional comment on the state of the world.

•Dani Lebo has a background in international relations and education. She runs The ECO School, and organisation dedicated to accessible sustainability education.

Splash Centre going back into hands of council

Man to appear in court on Whanganui crash charges

Whitebaiting season drops from 15 weeks to nine, concerns spots could be crowded