Whether you’re looking to buy or rent, OneRoof.co.nz has everything you need to find your dream home.
© Copyright 2020
NZME. Publishing Limited
test test test
Peters says locals must dictate Coromandel's future
11 Jun, 2020 10:00am 3 minutes to read 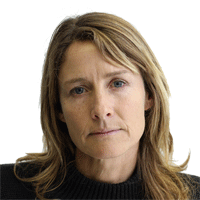 This week we publicise a campaign that was launched by hard-working local women retailers with the sole purpose of inspiring Waihi people to support, and shop, local.

The phrase "Local is the New Black" is a play on the famous fashion phrase that highlights the popularity of the colour black in fashion.

In the time since these Waihi retailers put their Local is the New Black banners up in stores, the terrible reality for many black people living in fear in America came to a head.

George Floyd was an unarmed black man who died after a Minneapolis police officer knelt on his neck for more than eight minutes as he told them, "I can't breathe".

Floyd's death sparked protests across the US, with demonstrators desperately calling for an end to police violence.

The tragic death of George Floyd resonated with us in New Zealand.

Some retailers involved in the campaign rang me after I took photos for their shop local-inspired campaign, worrying that some might misconstrue the message as somehow lessening the impact of the campaign sparked by Floyd's death - that black lives matter.

Sadly, there are opportunists who will twist meanings. For anyone who might jump to criticise the unrelated use of the word black, maybe it's instead an opportunity to have a conversation about how prevalent racist attitudes are here in our backyard.

In the Waikato, phrases like "Go back to your country" or "Take coronavirus back with you" are among racism levelled at some residents during the lockdown.

Jenny Nand, chairwoman of Fijian Indian young professionals group Aks Collective, says racism escalated nationally during the pandemic, with isolated cases of online abuse and racism seen on Facebook and Twitter under the guise of freedom of speech.

Creative Waikato chief executive Jeremy Mayall believes an arts-led response is the way to educate and unite and quickly launched an arts campaign expressing the importance of kotahitanga: unity in the community.

It will feature 10 artists' commissioned works for the Waikato.

"Creativity and unity are vital parts of a thriving and innovative society. We need to remind each other that we are paving a new way together, and that a diverse and inclusive
Waikato is the Waikato we want to step into," Mayall says.

Have you experienced racism in our community? Reach out and share your experience or your views alison.smith@nzme.co.nz

A source told the Herald that Savea's situation was "complicated".
BUSINESS

Anyone who dismisses Tracey Martin does so at their peril.
ENTERTAINMENT