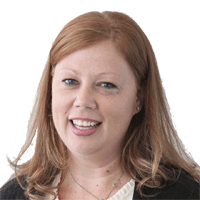 Last Monday night began just like any other. Normal. Mundane.

I had just got home from work, I was tired and was lying on the floor trying to plug power cords into a large TV my partner Brent and I had got out of storage.

My phone rang. Irritated, I let it go to voicemail.

It stopped, then it rang again straight away.

I got up off the floor and looked at the caller ID. It was Mum's number.

She often phones me at night so I thought nothing of it, but I answered it anyway. "Hello."

Her voice was quiet and she sounded distant. "Your father's just had a massive heart attack and the ambulance is here working on him. Can you come?"

Lucky ones have faith and work hard

Opinion: Nothing new in Budget speech for tertiary education

Mum passed the phone to someone, who I later realised was first responder Terry Robinson - someone I knew.

He tried explaining to me what had happened. I had no idea what he said - I wasn't listening.

I don't remember what I said next, and hung up the phone.

The drive to my parents' house is normally a 10 to 12-minute drive. Last Monday it seemed to take forever.

When my partner and I arrived there were two ambulances and a fire truck outside the house.

We ran inside and saw that all the dining room furniture had been pushed up against the walls - presumably to give the paramedics room to move.

My Dad was on a stretcher surrounded by people in uniform - I didn't get to see him.

I went to Mum who was in the kitchen talking to Terry - she was as white as a sheet.

What I didn't realise until later was that my mother had spent eight or nine minutes performing CPR on my father. His heart had stopped beating while he was sitting at his computer.

Emergency department nurses later tell us that they are only physically able to perform CPR on a patient for about two to four minutes before they need to be relieved.

Not to mention that Mum has had shoulder and knee replacements and she wasn't able to kneel on the floor.

What my Mum did for my Dad was nothing short of miraculous and I will forever be in awe of her.

Mum insistently points out it was the ambulance crew who shocked his heart back into life – who saved him.

She's right. The whole team from St John and the Fire Service was amazing, professional, compassionate and our whole family will forever be grateful to the people who responded to Mum's 111 call that night.

But if my Mum had not done what she did, there would be no one to save. My dad's brain would have been starved of oxygen and his brain cells would have started to deteriorate.

We would have lost him before the ambulance arrived.

So, despite her protests I think my Mum is a hero. And while I'm sure life will return to its mundanity, I will always reflect on life's fragility and be grateful my Dad is still with us.

Thanks Mum, for saving my Dad.