The cast of Downton Abbey - A New Era. Photo / Supplied 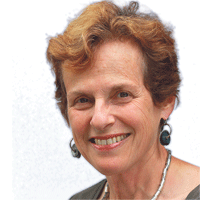 "They'd better be warned," says Mr Carson (Jim Carter), "the British are on their way."

Much of Downton Abbey: A New Era was filmed in the Cote d'Azur where Lord Grantham (Hugh Bonneville) and his wife Lady Cora (Elizabeth McGovern) arrive with a huge entourage from Downton Abbey to investigate the villa that has mysteriously been left to Dowager Countess Grantham (Maggie Smith). It's hot, but Carson, butler through and through, will not give up wearing his three-piece suit.

The Dowager Countess herself, frail now, has stayed home with the other half of the cast, Downton Abbey having become a film set for what turns out to be one of the first talking movies. Movie-within-a movie stars Myrna Dalgliesh (Laura Haddock) and Guy Dexter (Dominic West) under the direction of Jack Barber (Hugh Dancy), play silent movie actors who have to dig deep to find voices they didn't know they had.

The opening scene at the wedding of Tom Branson (Allan Leech) and Lucy (Tuppence Middleton) provides a warm welcome to the audience. Most of the old cast is there, Lily James noticeably absent, with new actors playing the slightly older children, including Tom's little daughter Sybbie (Fifi Hart).

They all file past the camera, nodding and smiling straight at us, seeming to recognise us. That's a contrast with the sad file-past at the end, on a sombre occasion, when the cast looks us in the eye again, possibly telling us it's the last we'll see of Downton Abbey. What a loss that would be. There's nothing like a good costume drama to take us out of ourselves.

Both Maggie Smith and Michelle Dockery are outstanding, as are Hugh Bonneville showing Lord Grantham's emotional side, Robert James-Collier as Barrow coming out of the closet and Kevin Doyle as Mr Molesley discovering what he was put on earth for.

Take a bow, Maja Meschede and Anna Robbins, for designing the wonderful costumes that helped to transport the cast, and us, away from the trials of the real world.

The Downton Abbey series and movies have much to say about class in those bygone days. Here's an example from this movie: poor sweaty Carson, with no French, gets befuddled while buying a suitable hat soon after arrival in France. For once, he needs someone to sort things out, which is usually what he does best himself. Just in time, bold Dowager Baroness Bagshaw (Imelda Staunton, who happens to be married to Jim Carter's Carson in real life) brings out her fluent French, good taste and gets the job done, no questions asked.

Mothering Sunday: Good acting makes up for shortcomings in script

How To Please A Woman a delightful adult comedy

A matter of fate: Journey of man paralysed in mountain bike accident

• Movies are rated: Avoid, Recommended, Highly recommended or Must see.

Sonya Bateson: How to tell whether someone is a good person

NZ's literacy crisis and kids unable to read: 'Teachers ask me: Why weren't we trained in this?'