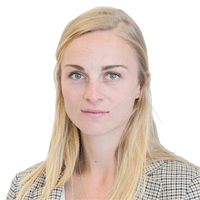 All 36 eggs from the trust's property the Maungataniwha Native Forest, next to Te Urewera in northern Hawke's Bay were incubated at the National Kiwi Hatchery.

The chicks have been sent to predator-proofed areas near Napier for rearing.

However, Crene said the second half of the season isn't usually as productive as the first and is not making any predictions on how many will hatch from now on.

"Last year's second-half numbers right across the North Island were disappointing so I'm not going to tempt fate by offering a prognosis - conditions this year are similar to last," he said.

Manager Pete Shaw said the reputation the trust has as one of the most prolific kiwi conservation initiatives in the country is because of the help and investment from its conservation partners.

"Kiwi conservation is not just about partnerships, it's about community," Shaw said.

"It's about friends, neighbours and our volunteers banding together to protect our national icon - frequently in the dark and the cold and the pouring rain."

Forest Lifeforce's partners and investors include Cape Sanctuary, the National Kiwi Hatchery, Ngai Tahu, the Department of Conservation and Kiwis for kiwi.

In addition to the Maungataniwha Kiwi Project the Trust runs a series of native flora and fauna regeneration projects.

These include a drive to increase the wild-grown population of kakabeak, an extremely rare type of shrub and re-establishing native forests on 4000 hectares now, or until recently, under pine.

The trust was established in 2006 to provide direction and funding to restore threatened species of fauna and flora and restore the ngahere mauri (native bush) in forests within the Central North Island.

Three of the main eight regeneration and restoration projects in New Zealand are on Central North Island properties.

'It is messy': Lecturer says anxiety growing among EIT staff over merger plans

Cause unknown of fire that completely razed a Waitahora house

New field of dreams: Rugby 'legend' on mission in the classroom and boardroom