Omokoroa Point School students are trying to get the macon in the school name officially recognised. Pictured is Rebecca Jury, George Palade and Maia Groucott, all 10. Photos / Rebecca Mauger 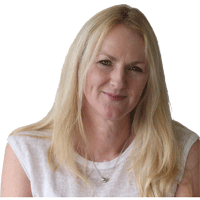 Students are making their mark on their own school by adding a macron.

Ōmokoroa Point School children from room 10 are on ''operation macron'' to get the macron in the school's ''Ōmokoroa'' officially recognised and they have undergone a social media campaign to gain support before they take their case to council.

Teacher Deirdre Duggan says the idea came about when she had written the school name on the board and added the macron.

''The children were saying 'it doesn't have a macron', and I said 'it actually does have a macron' ... so someone grabbed a computer and said 'oh, my goodness, it needs a macron but it's not there'.''

A macron (or tohutō) is commonly found at the top of a Māori vowel. Ōmokoroa's macron is at the top of the first capital o which tells people it is a long vowel and changes the way it is said.

They sought guidance from local experts including Pirirākau hapu, who let them know they are working on local historical narratives for the area, although some stories are lost.

They learnt there's significance of the o in Ōmokoroa in the Māori way of naming places.

''The names have a whakapapa (line of descent),'' Deirdre says.

''Pirirakau are supporting our project and endorse our efforts to inspire others as it's really important that names are spelt correctly in general.

''After all, we get upset if people spell our names wrong, and we correct people.''

The class will state their case at a Western Bay of Plenty District Council meeting later this month. In the meantime, room 10 will be working on a fun video to help support their stance.

It's not just here they'd like to see change, Deirdre says.

''We're actually looking at Ōmokoroa itself, particularly new businesses, because there are a lot of businesses around that don't have it. We decided we'd start with this and show we could do something here, and then challenge other schools around the country to look around their area and see if something needs to be done to make it right.''

Deirdre says there's some heated discussions online from people with questions such as 'why change it now?'

''It's just purely to spell it correctly, first of all.''

Sonya Bateson: How to tell whether someone is a good person

Tauranga firefighters walk off the job

NZ's literacy crisis and kids unable to read: 'Teachers ask me: Why weren't we trained in this?'