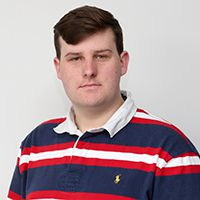 Only a week after being removed by contractors, a bright orange road cone has reappeared atop a 100ft tree in Whanganui.

The cone was spotted on the Norfolk Pine overlooking Whanganui's Rotokawau/Virginia Lake reserve on Tuesday.

The case of the mysterious cone was first reported in September last year.

The tree, adjacent to several residential properties, is accessible only by wading through bush and up a steep dirt slope.

Advertise with NZME.
DO YOU KNOW MORE ABOUT THE CONE? EMAIL US

Last year, the council said the cone was illegally placed and it would "monitor the situation" but the cone remained untouched for almost a year.

That was until a nearby resident sick of the sight of it called in contractors, at her own cost, to remove the cone.

That job was completed last week, when it was discovered the cone appeared to be part of a geocache - a treasure-hunting orienteering game in which people attempt to find objects hidden by others.

A Whanganui District Council spokesperson said the cone will be removed later this week, with the council to make scaling the tree more difficult.

"Once removed, the lower branches from the tree will also be removed to make casual climbing of it more difficult."

The council did not respond to questions as to why the original cone was never removed.

School zones: Where are they needed?

One each way for Māori under-18 side