A photo from Facebook of the club on fire. Photo /Supplied 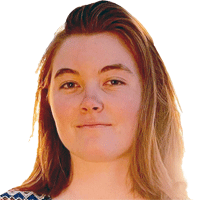 The alarm was raised at 2.28 pm last Friday that the Kāwhia Sports Club was on fire.

The community is now waiting on an assessment to be completed to determine the cause.

Everyone within the building at the time escaped unscathed.

The Kāwhia rig arrived at the scene swiftly, at 2.33 pm. Kāwhia fire chief Callan Stewart said on arrival that "the building was totally engulfed. At 3pm the fire was under control, but it took until 8.15 pm to be completely extinguished".

Five fire trucks in total responded to the emergency. The other trucks arrived from Ōtorohanga, Te Awamutu, Raglan, and a lighting unit was sent from Chartwell, Hamilton.

"The occupants did the right thing, they saw that there was a fire and realised it was too big for them to extinguish, then they got out of the building straight away and called 111," says Callan.

Dave Walsh, who is chairman of the Kāwhia Community Board and vice-president of the sports club, says the fire brigade was great, they arrived quickly and did their best - as they always do. He has nothing but praise for the Kāwhia Fire Brigade.

"The house I am living in looks straight down onto the club. I heard the alarm, turned around and saw the smoke. I rushed out thinking 'what's going on?'. There was thick black smoke in the air and I couldn't see the building. I could only occasionally see some flames coming out of the kitchen. Then before I knew it, the whole building was on fire, with fire coming out of the ceiling - it just ravaged the place," Dave described.

He added that "this is sad for the community because it is not just a sports club, it is a vital part of our town. It's also our RSA, people host weddings and birthdays there. It is more a community centre."

Resident Jude Johnston says "the community is absolutely gutted and heartbroken at the loss of not only the clubrooms but all the memorabilia, records and photos."

Dave says, "Once we hear from the insurance company, we'll see what we can do and what the people want to do. I believe it's an opportunity for us to build a new club and come away with a more modern building."

Family-owned business loves to give back