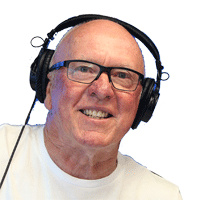 As a teenager growing up in Whanganui, and loving music, a weekly ritual was visiting my local record store to check out the latest album and 45 releases and usually heading home with a new vinyl tucked under my arm.

It was also almost compulsory as a lover of music to belong to a record club and every month receive the latest list of newly released albums.

It's very encouraging to know that vinyl is alive and well and there is a date next month that is worth marking on the calendar.

Saturday, April 13 is Record Store Day and is celebrated not just here in New Zealand but worldwide.

This year more than 550 records will hit the shelves of independent record stores around the world, with exclusives from Aretha Franklin and Pink Floyd to name just a couple.

Record Store Day is now in its 12th year and is a hugely important day for local, independently owned stores. In the UK alone last year more than 90,000 albums and singles were bought on the day.

Of the 550 records being released, I thought I would look at three pressings that caught my eye.

Otis Redding's Just Do it One More Time was recorded at the Monterey International Pop Festival in 1967.

This five song set by the late Otis Redding has been cleaned up and remastered and features Shake, I've Been Lovin You Too Long and Satisfaction.

The marbled vinyl LP also features an opening performance by Booker T and the MGs and the Mar-Key Horns. For lovers of soul music, it's a must to add to the collection.

For Bob Dylan fans comes Blood On The Tracks (the Original New York Pressing). This album was released in 1975. Story goes that months before the official release of the album Dylan played a test-run of the album to family and friends.

His brother David Zimmerman didn't like the album and convinced brother Bob to rerecord five of the songs. He did and when Blood On The Tracks was released it received critical acclaim with many considering it to be Dylan's best. Only five copies of that test pressing survived but it's now getting a full vinyl rerelease for record store day.

And something special for Prince fans. Although it will only be released on cassette, The Versace Experience will hit the shelves on April 13.

This rare, one-off release was originally given to guests at Versace's Paris Fashion show in the summer of 1995.

A copy of the cassette was sold in 2016 at the online music market place Discogs fetching almost $6000.

It pays to hang on to your cassetttes and vinyl.

Sharks and Kiwis playmaker on the black jersey, lockdown and why his wife is mad at him.
BUSINESS

Tourism groups will rethink the overall strategy in what will be a slow recovery.
ENTERTAINMENT

Netflix has come to the rescue for parents of restless Kiwi children during the lockdown.