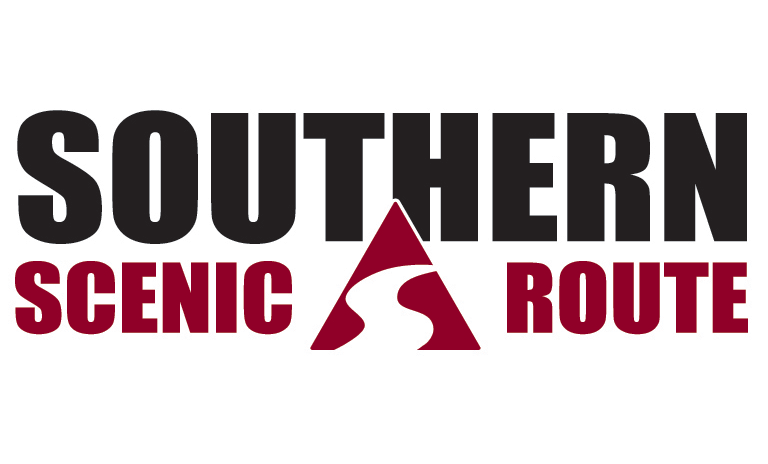 Our greatest wildlife thrill in the Catlins was at Surat Bay where on the beach one evening, a group of young male Hooker's sea lions had hauled out onto the shortbread-coloured sand.

They let us come quite close but the only other person on the beach, a German man with long legs and a long camera lens, took liberties. I will never forget the less-than-graceful sight of a German in shorts and jandals sprinting across the beach yelling "Nein! Nein!" pursued by 400kg of galloping sea lion that a moment earlier had been snoozing benignly by the water flicking sand over his back with his flipper.

I don't think the German will ever forget it either.

The Catlins are part of the Southern Scenic Route linking Dunedin, The Catlins, Invercargill, Riverton, Fiordland, Te Anau and Queenstown. They are found in the breathtaking coastal stretch between Balclutha and Invercargill and have a wild, untouched quality.

Rewards and encounters on road trips in New Zealand come in many forms but there are perhaps none quite so rich as on the Southern Scenic Route.

Bill (my husband) and I undertook this five-day route in a motor home because many of the camping areas along the way make the most of the stunning natural environment. It is, however, no less wonderful by car, staying in pre-arranged accommodation.

We set off from Dunedin on a clear cool day in autumn, taking the road less travelled along the coast from Dunedin to Waihola Lake where it joins SH1. The route winds up from the beachside suburb of St Clair and then plunges on a rollercoaster course toward the Pacific Coast and the wind-ruffled sea.

South of Balclutha is the astounding Catlins' coast, named for a whaling captain of the 1840s called Edward Cattlin. Until the sawmills moved in, this area was abundantly covered in forest. Today, even though the Southern Scenic Route is well established, this quiet pocket still has its frontier feel.

The only town of any size is Owaka, standing at the entrance to the Catlins Coastal Rainforest Park where beaches and headlands provide homes for a fascinating array of ocean wildlife. We stayed the night at Pounawea, on the estuary where the Catlins and Owaka Rivers bleed into the sea.

There are so many wild beaches, estuaries, salt marshes and lakes in The Catlins that we had to make a choice and so next morning, we walked the beach to Cathedral Caves, a series of great lofty caverns scooped out of towering cliffs.

On our way to Invercargill, we sidetracked to Bluff in search of its famous oysters. Bluff is also the oldest European settlement in New Zealand and still has an intriguing personality. So does New Zealand's southernmost city where Invercargill's particular character is encapsulated in its wide streets, sprawling gardens and full-blooded hospitality.

We stayed the night on the outskirts of the city but didn't linger as we still had far to go.

The engaging town of Riverton to the west was the next stop. Here at the small but astonishingly good Te Hikoi Museum we walked right into the convoluted history of this rumbustious stretch of Southland's coast.

Driving west again, we explored the great sweep of Colac Bay, Cosy Nook fishing village and Gemstone Beach. We stayed the night at the Colac Campground and next morning headed north to Tuatapere, the ex-sawmilling township that is on the fringe of New Zealand's largest and most spectacular National Park.

The Fiordland wilderness is so remote and inhospitable that few people can live there. Tuatapere is one of the kick-off points for several park adventures including the three-day Hump Ridge Walking Track.

But the town's most obvious claim to fame appears to be a sausage. To that end, there is a billboard announcing it as the "sausage capital of New Zealand". I'm partial to a good sausage but cannot vouch for the claim.

It was also in Tuatapere that, in the 1980s, a group of locals conceived the idea of establishing the Southern Scenic Route. There are many side tours, snippets of interest and endearments along the journey that were mapped out as a result.

We slipped passed the turn-off to Manapouri to stay near Te Anau. Among this lakeside town's many charms is the start point for the road to Milford Sound, a side-trip to one of the most spectacular drives in New Zealand.

In next morning's brittle dawn we drove through the wild expanse of Eglington Valley towards the imposing bulk of the Southern Alps. Abruptly we were in the cold heart of the mountains, winding giddily between layer upon layer of snow-wrapped peaks that towered mistily into the distance.

Milford Sound itself is no less jaw-dropping - a powerful and mysterious intertwining of wilderness and water that even a four-hour launch trip could not diminish. We spent the night in the Cascade Creek DOC camp and next day motored back through Te Anau and, via the spectacular waterside drive along Lake Wakatipu, reluctantly ended the trip in Queenstown

Five days on the Southern Scenic Route was never going to be enough but was a good appetiser. Next time we'll put aside a month.

For more information on the Southern Scenic Route: www.southernscenicroute.co.nz

30 years of climate and biodiversity wins

The marathon where you catch a ferry