But the case has taken a toll on their marriage and the couple now live at opposite ends of the country as a result.

A jubilant Mr Banks paid tribute to his wife who he said had been a hero for her part in clearing his name.

Video will play in
Play now
Don't auto play
Never auto play
Amanda Banks has emerged as an extremely good wife to John Banks with her "obsessive" detective work turning up crucial evidence which led to the former Act Leader's electoral fraud conviction being overturned today. Mr Banks was today celebrating after the Court of Appeal overturned his conviction and ordered a new trial. He was convicted in the High Court earlier this year after failing to disclose donations from Kim Dotcom to his Auckland Mayoralty campaign in 2010. Mr Banks appealed, introducing affidavits from two US-based businessmen who he says were at the same lunch at which Mr Dotcom claimed donations were discussed. The pair - David Schaeffer and Jeffery Karnes - both said donations were not discussed at that lunch.

Mr Banks was convicted in the High Court this year after failing to disclose donations from Kim Dotcom to his Auckland Mayoralty campaign in 2010.

Crucially, the High Court's Justice Edwin Wylie believed testimony given by Dotcom's wife Mona over that of Mrs Banks about what was said at a lunch where both were present and at which Dotcom said donations were discussed.

Mr Banks' appeal introduced affidavits from two US-based businessmen who he says were at that lunch. The pair - David Schaeffer and Jeffrey Karnes - both said donations were not discussed at that lunch.

The Court of Appeal's Justices Ellen France, John Wild and Forrest Miller said that if the new evidence had been accepted in the High Court trial "it likely would have changed the outcome". The Court of Appeal's decision notes that Mrs Banks "was stung by the judge's opinion of her reliability". 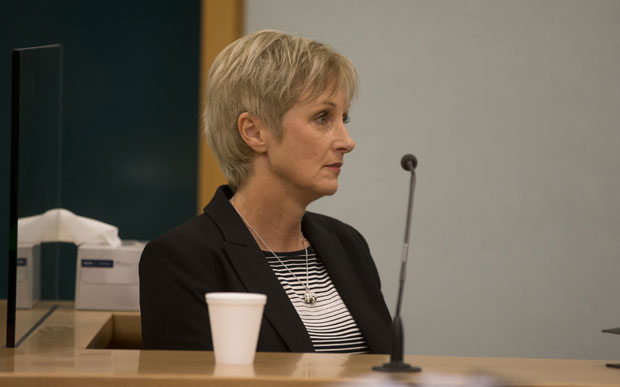 Amanda Banks: Her research paid off.

"She became quite obsessed, as she puts it, with identifying the two Americans.

John Banks: 'I don't give up easily'

The fall of Kim Dotcom

"She recalled that a transpacific communications cable had been discussed at the lunch and scoured news articles on the topic, eventually finding one which mentioned that Mr Dotcom had endorsed such a project and was trying to organise a group of investors to fund it."

"Amanda was humiliated in the High Court," Mr Banks told reporters yesterday. "Instead of leaving with her tail between her legs ... she set out to find the witnesses who would dismantle the evidence of the Crown case. She spent a lot of time on that and she found those witnesses and we tracked them down to the United States and they stepped up to the plate and swore those affidavits. She's been a hero in all of this, and she put up with a lot."

However, the Weekend Herald understands the strain of the case on the Banks' marriage is a key reason why the couple now live apart, with Mr Banks in Auckland and Mrs Banks moving to Alexandra in Central Otago. It is understood the couple are on amicable terms.

Mrs Banks was yesterday unwilling to comment on the decision other than to say she was pleased her work had paid off.

Anna Song, her son Taeyang Rikiti and mother Rose Kim were killed by a landslide in Korea.
NEW ZEALAND

DHB payroll breaches: 'It's time for them to sort this out'

Staff affected by payroll errors will not get an early interim payment, Government says.