Energy Minister Simon Bridges is defending a $240,000 bill for taxpayers to wine and dine 11 oil executives - including four nights' luxury accommodation, a sailing trip and the royal treatment for two games during the 2011 Rugby World Cup.

Mr Bridges portrayed the spending as an investment, highlighting the $800 million a year in oil and gas taxes and royalties that go towards public infrastructure, including schools and hospitals. 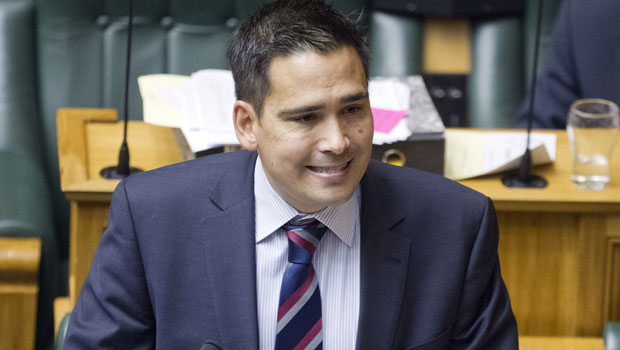 The New Zealand Oil & Gas Summit 2011 ran for four days and was aimed at using the Rugby World Cup to attract industry players.

They had a full-day summit about the oil and gas regime and investment climate. Statoil has since sought and been granted an exploration permit for petroleum in Northland.

Included in their itinerary was four nights at the Intercontinental Hotel in Wellington, a launch event, corporate box hosting for two RWC games - including the Canada-All Blacks game - and a sailing trip from Port Nicholson Yacht Club.

Mr Bridges said the RWC was a great marketing opportunity, and called the oil and gas promotional budget "very modest".

Blasts 'may cause strandings'

Oil exploration a threat to whales?

"The proof is in the pudding. Here in the last couple of years we've had $1.3 billion in 2012, and $1.5 billion last year, spent on exploration, which will yield dividends for New Zealand."

He said although this investment did not see job creation from oil and gas production, there were other benefits.

"You're still talking about hotels in Dunedin being full, in Taranaki rental car companies selling out, that sort of thing."

But Dr Norman said the summit bordered on sycophancy.

He said Mr Bridges was being disingenuous with figures in the billions across the whole sector, as only Statoil had been given a permit.

"This is a slush fund for the pollution economy. And clearly in this case, it sounds like it didn't even work."

The Ministry for Business, Innovation and Employment said that the summit was part of a long-term game.

"The summit was a cost-effective and efficient way of engaging with multiple potential investors, using a major event as a drawcard," said the ministry's petroleum and minerals general manager, James Stevenson-Wallace.

He said Statoil was spending close to $20 million, with the potential to spend more.

Top hospitality
• The Government invited 11 oil executives from 9 companies to attend a summit during the Rugby World Cup 2011
• They had four nights at the Intercontinental Hotel, toured Palliser Estate vineyard, had a sailing trip, fine dining, and corporate box hosting for two RWC games
• The summit cost about $240,000