Conservative leader Colin Craig has confronted some of his critics in an online question-and-answer session today, even answering jibes about his "creepy" campaign billboards.

Despite cancelling one online question-and-answer session this afternoon, Mr Craig did show up for a ONE News Facebook Q+A - 30 minutes late.

INTERACTIVE: Every seat, every vote, every polling station

While he didn't directly respond to questions about why Rachel MacGregor quit as his press secretary this morning, he did answer one which asked: "Do the ethics you profess extend to your own behaviour with your own staff?"

Another asked him: "How the hell don't you know a staff member quit? Colin please."

Mr Craig replied: "I was in media interviews for about 2 hours straight. The resignation occurred during that time. Haven't developed mind reading skills yet."

He was almost 30 minutes late for the scheduled Q+A session, which was due to start at 12.30pm. He then spent around 25 minutes of a planned 30 minutes answering the questions Facebook users had submitted.

However, he avoided such questions as, "What part of your manipulative behaviour was your secretary referring to?", and "Why did your press secretary resign. Is it because you hate gay people?"

Mr Craig chose instead to tackle the hard-hitting issues like: "Do you believe or not we landed humans on the moon during the apollo program simple yes or no answer please." (Answer: "Yep have always thought so."

Maori seats unlikely to be abolished in coalition deal - PM

But he showed himself to have a good sense of humour when asked about his campaign billboards.

"Did you get professional training to be a male model or did you learn via correspondence school?," Mason Williams asked.

To which Mr Craig replied: "LOL, very kind of you to compliment my appearance. Good shop assistants have been most helpful with improving my standard of dress."

Another user, Elizabeth Pedersen asked: "Who chooses the pics that go on your posters? They make you look creepy.... esp the black and white ones....."

Mr Craig said: "Have you seen the smiley face. I thought that was OK?"

The Conservative leader also answered questions related to his party's policies on the anti-smacking debate and gay marriage law, as well as poverty and law and order.

The party was against deep-water oil drilling when "other, less risky, options" are available, and a fan of "new ideas" when it came to energy, he said.

"Sorry all. Just heard from Colin Craig's assistant. He's had to cancel," it read, pointing to a New Zealand Herald story on Ms MacGregor's resignation.

"Email from Angela Storr (who manages his appts/diary) at 10:33am says: 'Unfortunately due to unforeseen circumstances, we must cancel his online session today. We apologise for any inconvenience. Kind regards Angela Storr'."

A spokeswoman for Mr Craig said the Reddit Q+A had clashed with other interview commitments, and had been re-scheduled for tomorrow.

When questioned by media this morning Mr Craig said he did not know Rachel MacGregor had left her job, Newstalk ZB reported.

He told reporters he thought she was having a day off when she failed to turn up for work this morning and said he would talk to her this afternoon.

Ms MacGregor told Newstalk ZB she had left the party as of this morning. Newstalk ZB's political editor Barry Soper, who broke the news, said she was very upset and had described Mr Craig as a "manipulative man".

LISTEN TO THE AUDIO HERE

"Colin Craig does campaign on being this wholesome, out-there sort of a bloke, that's all encompassing, that really is the sort of person we should be looking up to," Soper said this morning.

"Now if he can't get his own house in order in terms of staff in the Conservative Party then you've got to ask questions.

"It's really difficult to read too much into it given that there's simply a very upset press secretary without giving any reasons why she resigned, so it's really out there. She's taking public relations advice now, and I don't think we've heard the last of this story."

Speaking after a radio interview this morning, Mr Craig said: "It's obviously been a really stressful campaign so Rachel's having the morning off, and I'm hoping to catch up with her this afternoon."

If she had indeed resigned, "that would be a shame", he said.

"All I can see is she's done a wonderful job, and I'm very grateful for the effort she's put in."

He added that he didn't think he was "manipulative at all", and that he hoped "she'll come back and help us".

"I'll have a chat with her, hopefully today, and find out what all those issues are," he said. 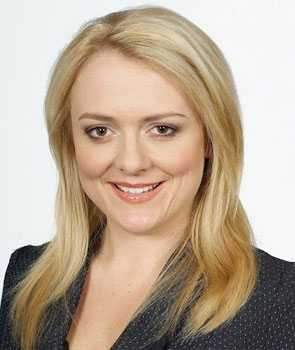 However, he admitted news of her resignation had come as a surprise to him. "This morning she said she wasn't going to go with me to the interviews, I haven't had a conversation with her yet [about her resignation] so I'll find out."

He continued to insist she was simply taking the day off, saying: "I've had a number of staff who've had rest days in this last week".

But pushed on her resignation, said: "I hope that she'll un-resign, of course, because of the great work that's gone on, but until I have a conversation with her I'm not going to pre-judge what the concerns that she might have are."

The Conservative Party later issued a statement, saying it "is given to understand" that Ms MacGregor had resigned this morning "although no formal advice of this has yet been received".

"The party expresses its gratitude for all the hard work and effort that she has put into the campaign," the statement from Mr Craig said.

"The campaign puts stress on everyone and Miss MacGregor has been part of a wonderful team that have given 110 per cent."

Bev Adair Beets would now take over as press secretary, he said. "Bev has been assisting Rachel with media responsibilities and I am confident that she will be a safe pair of hands for the last few days."

In a profile of Mr Craig in Metro magazine in March, Ms MacGregor said she had suffered personal criticism for joining the Conservatives.

Ms MacGregor, who used to work as producer on TVNZ shows Breakfast and Good Morning, said: "There've been people who have deleted me off Facebook. Tamati Coffey, who I worked with for many years.

"There's actually been a number of people in the media who've gone, 'Oh, you're working for Colin Craig? I can't talk to you anymore.' Steve Gray at Good Morning is a lovely guy, we got on really well, but now I'm the devil, apparently."

Mr Craig's party is poised to reach the crucial 5 per cent mark that will put them in Parliament and could be a potential partner in Government.

Yesterday the Herald revealed that Mr Craig would push for a code of conduct for MPs to help cleanse the system of behaviour highlighted in Dirty Politics and what he calls deception over mass surveillance.

He also hinted that he would not be a lapdog to John Key in a National-led Government, accusing him of being "convenient" with the truth, tainted by dirty politics, and misleading the public about government spying.

He said he preferred to work with Mr Key and National, saying he could help clear the rot by pushing for a general code of ethics for MPs. "We can't impose our values on another political party. [But] there's a lot of value behind a code of conduct for MPs. For us to work co-operatively with someone else, we think a discussion around conduct needs to happen."

Conservative top six (if it makes 5 per cent, it will bring in six MPs)

2 Christine Rankin, former head of Work and Income, formerly on the Families Commission Board and the Upper Harbour Local Board, may seek a ministerial role to do with children or families.

6 Callum Blair, local board member, former community constable, joined the party because of its opposition to the anti-smacking law.

Now you see it, now you don't: Where'd the Sky Tower go?

Warning: Harbour Bridge could be closed at short notice for wild weather