Parents have contacted the Herald with their views on school choice after we revealed the number of Pakeha children attending schools in New Zealand's poorer communities has halved since the mid-1990s.

Many outlined the reasons why they chose to look beyond their local schools, while others said their children had received an excellent education at lower decile schools.

Chris Gauci said the quality of teaching was not necessarily the reason he would send his children out-of-zone to a higher decile school. "We need to be aware of not only the teaching, but also the environment our children are in. Higher decile schools tend to have parents and families looking for the same life-results we do."

Scroll down to see the interactive. To view it on a mobile device click here.

However, Steve Withers said his children had always attended local schools and often what parents believed about what constituted a "good" school was incorrect.

"There are good kids and good teachers in virtually every school...people believe all sorts of things without regard to any evidence. My experience of schools is that each class, each year, with each teacher is unique and unrepeatable."

The Ministry of Education points to changing demographics as one explanation for the trend, revealed by a Herald analysis of enrolment information.

However, principals say some families are avoiding local schools with low decile ratings, and the increasing divide between haves and have-nots must be addressed.

The changing ethnic make-up of New Zealand's schools has been characterised as "white flight".

• Would you send your child out of zone to attend a higher decile school? We'd like to know your views. Please email us here or leave a comment on the Herald's Your View page

"A healthy and harmonious multicultural society has its foundation in a schooling system," said Patrick Walsh, principal of Rotorua's John Paul College and executive member of the Secondary Principals' Association.

"The poverty faultline in New Zealand schools has created a huge divide from those schools who find it necessary to feed children breakfast, to those who boast world-class sporting and performing arts facilities."

Mr Walsh said the trend was often discussed by principals and sometime referred to as "white flight". However, he stressed the trend wasn't fuelled by racism - there was also "brown flight" to a much smaller extent. Families are simply moving in the belief higher decile schools provided better education.

The number of Pakeha students at state and state-integrated schools dropped by nearly 55,000 between 1996 and last year.

Despite this, decile 8 upwards has seen a significant increase in Pakeha enrolments, while there has been a sharp decline at decile 1 to 5.

Big jumps in Maori and Pasifika student numbers (37,858 and 25,870 respectively) have seen their enrolments at higher decile schools rise.

However, the rate of decline in Pakeha student population at lower deciles has been much sharper as compared to other ethnicities.

Asian numbers have more than doubled to nearly 76,000, with most of that growth going to higher decile schools.

Maori are now the majority ethnic group at low decile schools, with Pasifika approaching Pakeha as the second-biggest group.

One Auckland principal agreed to talk frankly if his school was unnamed as he did not want to help reinforce the trend. His roll is falling despite strong academic results.

Just over 60 per cent of the student population were Pakeha in 1996 and that has fallen to about 12 per cent. Changing demographics only partly explained the change.

"The bottom line is we should really have more Pakeha kids, because we don't reflect what's out there in the community at the moment.

"We are also losing some of the best Maori and Pasifika students ... they get cherry-picked [by other schools]."

Decile ratings were introduced in 1995 to promote equality, with low decile schools receiving more funding (decile ratings account for about 12 per cent of all operational funding).

The competition hurts schools with higher decile neighbours, such as Pakuranga's Edgewater College.

Principal Allan Vester said in many cases the cost of housing and an ageing demographic in an area means there are fewer school-age residents.

"Schools which were allowed to expand their facilities in previous years of roll growth now find they have capacity that can no longer be filled by in-zone students. They then fill that capacity with students from outside their zone," said Mr Vester, also chairman of the NZ Secondary Principals' Council.

A NZ Council for Education Research survey of secondary schools, which included 1477 parents, found that 40 per cent of parents sent their children to a secondary school that was not their closest - usually to a higher decile school. The 2012 survey found almost all schools with enrolment zones took students from outside their zone.

For some schools, particularly in South Auckland, a lack of Pakeha students is not new.

Mangere College has only 2 Pakeha students out of around 800. The decile 1 school has about 10 Asian students, 618 Pasifika and 154 Maori.

Principal John Heyes said such numbers had been common since the early 1980s, and reflected the demographics of his school's catchment area. Students from the more affluent Mangere Bridge suburb had always crossed the bridge to schools in Onehunga and beyond.

Dr Graham Stoop, the ministry's head of student achievement, said the social and ethnic mix of communities changed over time, like most other Western societies.

He said care needed to be taken when tracking student movements, as decile ratings had changed a number of times since the 1990s. It was not uncommon for students to attend a school whose rating has changed several times.

The ministry is expected to tell schools this week whether their decile has changed, after a post-Census recalculation exercise.

There have been recent efforts to reduce competition between schools, including the Government's flagship Investing in Educational Success programme. It aims to identify the best principals and teachers and pay them more to spend time in other local schools or provide an example within their own.

However, National has also signalled a commitment to parent choice. It is a key philosophy behind the expansion of charter or "partnership" schools, a publicly-funded but privately-run model targeting students who have not done well in mainstream schooling.

Alwyn Poole, who runs one of the first partnership schools and will soon open another, Middle School West Auckland, said he had been stunned after examining the achievement rates of some low decile state schools.

"I don't think you can belittle parents in terms of them being nervous about a school's results or reputation, and wanting to make sure they have really good options for their children."

Pakuranga's Edgewater College neighbours well-regarded higher-decile schools and as a result loses out on a number of in-zone students.

Robert Patterson, whose children Jessica, 17, and Blair, 15, are at the decile 4 school, noticed that trend when choosing where his eldest, Olivia, now 23 and a veterinary nurse, would go. However, having attended Edgewater himself, he knew it was a good school - and was realistic in believing that his children's success was just as much up to them and the family. 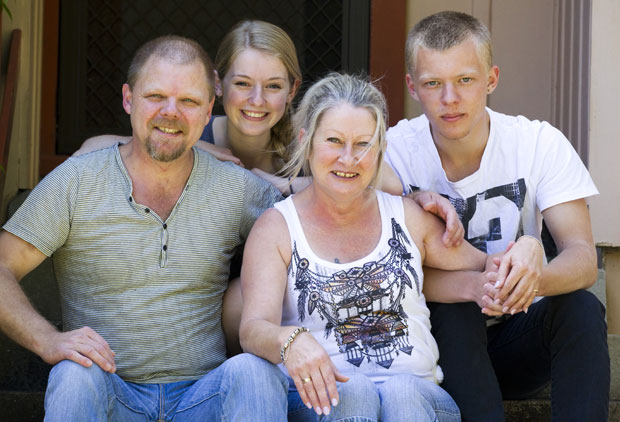 "I know a lot of people do go very well [at high-decile or private schools], but I think a lot of it comes down to the children and how you motivate them.

"You can have a smart child that goes off to a high-level school, but if you don't motivate them, they won't go anywhere near as well as a motivated child who is smart and at a lower-decile school."

His children's experience means Mr Patterson does not hesitate to recommend Edgewater. Jessica was this year's co-dux, Olivia is a veterinary nurse and Blair is also thriving.

Lois and Trevor Hing second that endorsement. Their twin girls, Monica and Miranda, 17, are in their last year of school, and Ryan, 19, is now at university studying commerce and accounting.

Monica was co-dux this year and her sister received a first in English.

Mrs Hing said that when Ryan was nearing the end of his time at Pakuranga Intermediate a large number of parents were trying to enrol their children in higher-decile schools out-of-zone.

"The perception being that perhaps the academic level would be lower [at Edgewater] because of the make-up of the school community - the multicultural aspect of it."

The Hings were reassured by a teacher who told them their children would do well at any school.

'New' Rieko Ioane opens up on All Blacks fall from grace

Speedster returns to Blues trimmer and ready to put 'disappointing' 2019 behind him.
BUSINESS

Editorial: Labour's 'Think Big 2' should be a political triumph. So why be so defensive?

Government's presentation was defensive, but spending plans likely to be well received.
ENTERTAINMENT

Which books have made the long list for prestigious NZ awards?