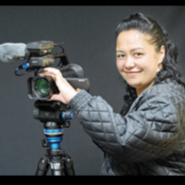 His agent, Gisborne local Luke Bradley who lived in Japan for 10 years, has started his own Rugby Agency LRB Sports, which is helping create opportunities in Tairāwhiti.

Bradley said he knew straight away that Liam was something special after watching him play for Fraser High School and the East Coast under-16s.

"What I liked about Liam was straight away you could see he was very coachable, well mannered and very respectful," Bradley said.

"He had some raw talent that could be unleashed in the high school system there in Japan."

Liam's mum Jade Henderson said Liam started playing ripper rugby at age 5, when she was questioned about his age.

"He was quite big for his age, so we had to show his birth certificate," she said.

When Liam progressed to tackle rugby he had to play up two years because of his size.

Now aged 16 he stands six-foot-one, weighing 115kg, and often gets mistaken for a 20-year-old.

He began playing club rugby in Hamilton for Te Rapa, before moving home to Hicks Bay to learn his whakapapa and te reo.

While home he played for the Ngāti Porou East Coast under-13s and 14s.

He returned to Hamilton for high school, and continued playing throughout his high-school years, this year making the 1st XV.

Liam is also skilled at Kyokushin, a Japanese form of martial arts.

It is similar to kickboxing without punches to the head.

His father Warren took him along to his first class aged 3 and by the time he was 7 he had earned a child's black belt.

He hopes to further develop his skills in Japan.

"Hopefully I get to spar a few people and practice Kyokushin over there, sparring is fun, it toughens you up," Liam said.

"I'm nervous because I get homesick, but it's good I get this opportunity."

She landed a similar contract last year, but it's been a rocky road.

Covid disrupted her plans to travel to Japan after Japan closed its borders.

Tihore started playing ripper rugby with Matakaoa (Te Araroa) JAB at the age of seven, but she found her true passion for rugby when she was allowed to tackle.

Playing for Lytton High School was a highlight and she credits that to the coach Trish Hina, an ex-Black Fern.

"It was the best experience, it developed me into the rugby player I am now," Tihore said.

Growing up on the East Coast and having community support is a driver for her to work hard to succeed.

"I want to work hard for those who go to work early in the morning to pay for me to go live my dream," Tihore said.

She has kept proactive, attending weekly Japanese classes via Zoom and continuing to play high-level rugby, for the New Zealand under-18 Māori and Poverty Bay Women's teams.

It was recently announced she will be allowed to travel to Japan.

While some say people from small townships on the East Coast can have disadvantages, these two teens are proof that, with hard work, anything is possible.

Auckland shooting: Person shot at a property in Mt Roskill