From the moment she set a well-heeled foot in the UK, Meghan Markle began cultivating a collection of contacts on her way to becoming one of the most scrutinised women in the world.

Already known through her role in TV hit Suits, she became a true household name after getting to know - among others - a TV show host, a Spice Girl and eventually Prince Harry and the Queen.

But in the wake of her and Harry's bombshell decision to step back from royal life, where does that leave her relationships with these crucial players?

We take a look at the intricate web of friends and foes who became key characters in Markle's role of a lifetime. 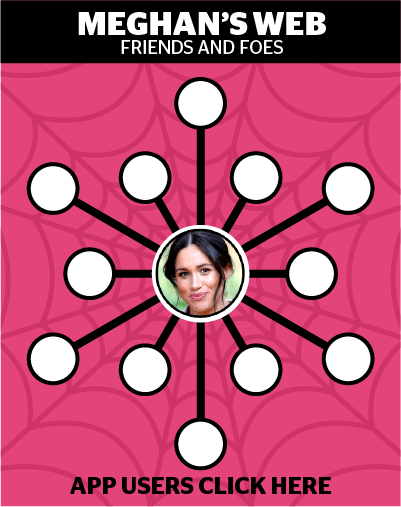 Comment: Why Prince Harry's smile is an issue for the palace

A good news announcement for some from the national carrier.
ENTERTAINMENT

Tom Hanks and Rita Wilson land in LA after isolation

The actor and his wife are back home after their Covid-19 ordeal.