Dotcom’s attempt to produce a smoking gun has failed, but it has diverted attention from the things that matter.

John Key goes into the home straight of the election campaign with his integrity publicly intact after the Kim Dotcom fiasco and voters well placed to make a judgment when it comes to the Key Government's management of the NZ economy.

Key has been roundly attacked for declassifying documents to prove his point that the GCSB has not been involved in widespread surveillance of New Zealanders.

Bizarrely, it is somehow seen as perfectly all right for Dotcom and his associates to use stolen National Security Agency files to try to prove the Prime Minister a liar on how his Government has administered national security, but not for Key to declassify New Zealand's own files to prove he isn't a liar.

This is utter madness.

Key saw Dotcom coming and released the Cabinet document which backed his statements before the Internet Party visionary's Moment of Truth fiasco.

Key had intervened to stop a surveillance plan because it was too intrusive.

Dotcom's failure to produce a smoking gun to comprehensively prove Key lied over the circumstances of the US extradition moves against him did not surprise.

He had lined up former NSA analyst Edward Snowden, Wikileaks founder Julian Assange and self-styled adversarial journalist Glenn Greenwald to undermine Key's credibility and use their combined influence to swing voters against National five days before the election.

But Dotcom's associates failed to produce any clear evidence to show Key had lied when he said the GCSB had not indulged in mass surveillance of New Zealanders.

Book of accusations witchhunt at election

PM: Claims are 'nothing but rhetoric'

Nothing concrete was produced to prove New Zealanders have been illegally spied on.

New Zealanders and major New Zealand companies are routinely spied on - but not by the GCSB.

The Five Eyes agreement that New Zealand has with Canada, Australia, the United States and Britain provides some defence against international spying.

Because of Five Eyes, New Zealand Government communications are protected by heavy encryption tools that would otherwise not be available to a small country of 4.3 million people.

This is of great assistance to New Zealand when it comes to international trade, seeking free trade agreements, assisting companies such as Fonterra and Zespri when they need government relations assistance on the world stage and helping defend our companies when they are subject to cyber attack.

Cyber attack is a major concern for New Zealand companies. In the Herald's Mood of the Boardroom election survey, chief executives rated the risk of cyber attacks among their top three international business concerns.

"New Zealand is unfortunately considered virgin territory for sourcing world-leading intellectual property which in many cases is largely unprotected."

This is hugely important for New Zealand and its companies which, as Air New Zealand chief executive Christopher Luxon has suggested, have the capacity to be a "petri dish" in which international firms can develop and test new innovations.

The possibility of intellectual property being stolen is why economic and business drivers now come under the national security umbrella.

Enter the GCSB, which has already been called in after cyber attacks on two companies, according to Key, in 2011. Those attacks led the Cabinet to approve an investigation into wider cyber protection which Key stopped last year.

It's hardly surprising that Key has been circumspect in talking openly about what the GCSB does.

New Zealand has relationships with its partners in Five Eyes. There will be reciprocal arrangements and understandings.

The networked world of today with its reliance on the "internet of things" is profoundly open to cyber terrorism. Our nearest neighbour, Australia, has raised its own threat alerts when it comes to personal safety of its citizens.

It's been unfortunate that this issue has taken the limelight away from the two contesting visions which should have been on show at this year's election.

Key has the benefit of incumbency - a strong record, but cursed by the hubris which tends all too often to accompany a third term in government.

David Cunliffe promises a new wave of economic reform but has been denied oxygen to make his points.

Tonight's final election debate is a chance for both leading candidates for the prime ministership of New Zealand to drop the sideshows and concentrate on what really matters.

It's not the Dotcom fiasco.

One of New Zealand's finest businessmen Mark Ford is expected to step down from Watercare Services for health reasons. 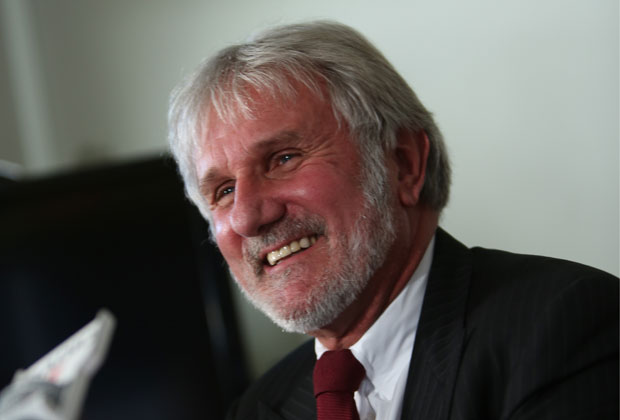 Ford has performed with aplomb in several major roles, including the chairmanship of the Auckland Transition Authority where he wrapped a bunch of competing local authorities into Auckland City, and the chairmanships of Scirt - the alliance running Christchurch's post-earthquake infrastructure rebuild and more recently Solid Energy after it hit financial problems.

Ford has strong strategic vision and the operational prowess to ensure good execution where it matters. Through this column I wish him well.